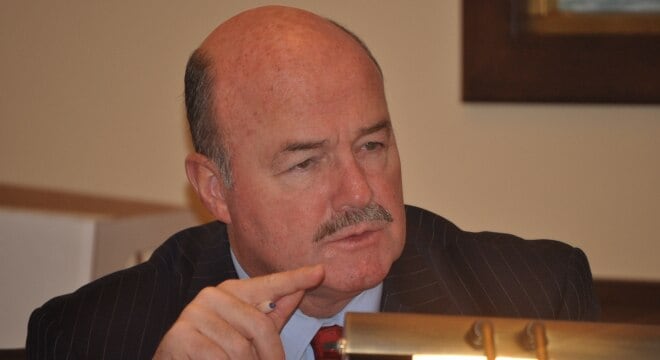 A Democratic-sponsored Senate measure would create a taxpayer-funded think tank at Rutgers University to research the causes, prevention, and reduction of gun-related violence.

The proposal, S.2380, to address what its sponsors feel is a crucial shortfall in sophisticated research on the topic, is set to be heard in the Senate Higher Education Committee on Thursday.

“Too little is known about firearm violence and prevention, and not enough research has been done,” notes the bill, sponsored by state Sen. Fred Madden, D-Camden/Gloucester.

The measure’s language cites that there are 300-400 homicides per year in the Garden State and guns are used in two out of three of those as well as in a sizable portion of suicides. Backers argue funding for gun violence research through the Centers for Disease Control and Prevention has, since 1996, been “virtually eliminated” leading to a “gap that must be filled by other sources.”

The bill would establish a dedicated center at Rutgers University, funded by an annual allocation from the legislature, to provide the “scientific evidence on which sound firearm violence prevention policies and programs may be based” via regular reports to lawmakers. As such, it requires the New Jersey Motor Vehicle Commission, the Department of Health, the State Police, and the Department of Law and Public Safety to supply the center with statistical data.

California adopted a similar measure last year that established its own research center at the University of California to study gun violence as a health care issue.

Second Amendment groups at the state and national level are calling the move an attempt to saddle taxpayers with the task of funding efforts to undermine gun rights.

“In the era of terror attacks on U.S. soil, lawmakers should be studying ways to empower citizens to protect and defend themselves in times of emergency, not wasting resources on a thinly-veiled effort to legitimize more gun control that criminals ignore and affects only the law-abiding,” says an alert from the Association of New Jersey Rifle & Pistol Clubs.