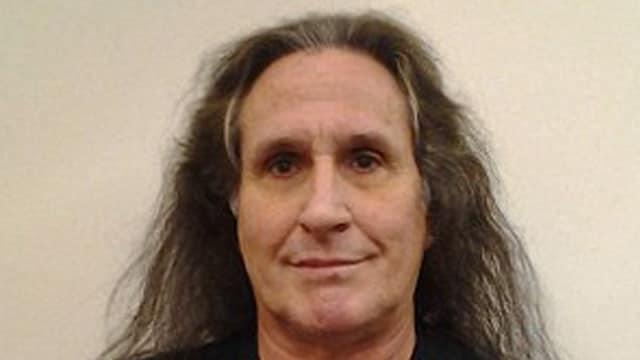 An Oregon man was sentenced to 63 months in federal prison last week after he pleaded guilty to possessing a pipe bomb and making threats to kill then-President Obama, as well as FBI agents, the U.S. Attorney’s Office in Oregon announced last week.

John Martin Roos, 62, admitted in court that he used racially inflammatory language in a social media post where he threatened to kill Obama, his wife and their children.

“FBI f— you better come and get me,” Roos wrote on Twitter in March 2016, according to court documents. “I leave today to kill Obama, this nigger will never take over the U.S. I will kill him and patriots will you.”

About a month later, he was arrested outside a Veterans Administration facility in White City, Oregon. A search of his home uncovered several pipe bombs. In August, a grand jury handed down a 14 count indictment. He pleaded guilty to one count each of making threats against the president, making threats against federal law enforcement officers, and possession of an unregistered destructive device.

According to court documents, Roos knowingly possessed an improvised explosive device. He also told investigators that the fatal shooting of Lavoy Finicum motivated him to threaten federal agents. Finicum was killed during the 41-day armed standoff at the Malheur National Wildlife Refuge early last year.

“FBI acts like they are something to be feared after ambushing American patriots in Oregon, they are pussies. We will snipe them with hunting rifles everywhere,” Roos wrote on Facebook in late January 2016.

“I’ll blow Obama’s head off my pleasure,” he wrote in March. “FBI pussies come and get me and die.”

In a sentencing memo filed earlier this month, an attorney for Roos said that his client considered the social media posts to be “blowing off steam,” and that he didn’t think anyone was reading them. “In fact, no one responded to him,” said attorney Clayton Joseph Lance in the memo.

“Mr. Roos is extremely remorseful and understands exactly how horrid and vile his actions and words were,” Lance said. “Mr. Roos ‘desires to my keep my mouth absolutely shut’ and to respect all people.”

Roos, who has a family history of mental illness, will undergo drug treatment and therapy. He was ordered to forfeit several guns and explosive making materials.

The 62-year-old has been in custody since his arrest last year. After serving his sentence, he’ll be on three years of supervised release.