Army vet: 'In your 2A advocacy, be sweet and smooth' 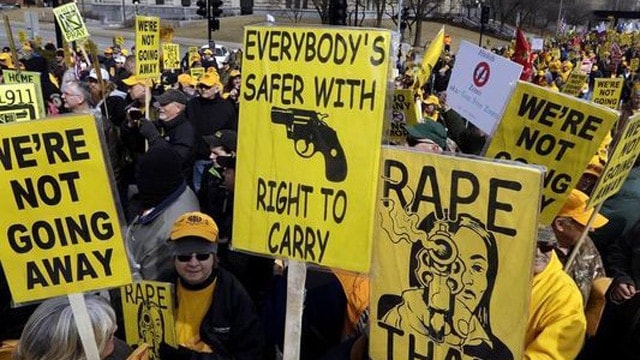 An eight-year U.S. Army veteran and gun rights columnist offered a few words of advice for his fellow Second Amendment advocates this week.

“The old saying goes that you can ‘catch more flies with honey than with vinegar.’ In your 2A advocacy, be sweet and smooth,” John Cylc said in a Newsmax article published Wednesday. “Let the leftists be salty and bitter.”

Cylc said his plea stems from witnessing CNN anchor Jake Tapper receive a barrage of insults for expressing condolences to family of the late Bob Owens, founder and editor of BearingArms.com, who died from an apparent suicide earlier this month.

Owens, 46, was found dead May 8 in his vehicle from a self-inflicted gunshot wound.

When Tapper, CNN’s Washington correspondent and anchor of ‘The Lead with Jake Tapper,’ tweeted his shock over Owens’ sudden passing, it drew the ire of followers who disagreed with the gun rights advocate’s politics.

Another user, @leyawn, mocked Tapper for being sad about “his dead racist friend.”

Tapper eventually responded to the criticism, saying, “I didn’t know him. I’m just an adult.”

Cylc said the grim exchanges remind him why the gun rights community must rise above the vitriol and remain “professional and respectful” to bring more would-be supporters into the fold.

“One of my main criticisms of many in the gun rights community is that sometimes they act like anti-gunners,” he said. “Name-calling. Mockery. Screaming. Unprofessionalism. Violence. These are the weapons of the left. Our main arsenal should only consist of the Constitution, the writings of the Founding Fathers, logic, reason, and respect.”

In the days following Owens’s death, several gun control groups used the example of his suicide as a renewed call for stricter firearms regulations.

“Perhaps without a gun at hand, the impulse would have passed and he would have had the time necessary to resolve the driving issue(s),” the Newtown Action Alliance said on its Facebook page May 9.

Ladd Everitt, a high-profile gun control advocate most recently associated with George Takei’s One Pulse for America and formerly a spokesperson for the Coalition to Stop Gun Violence, penned a letter for Medium published May 9 in which he expresses his shock and sadness over the death of his longtime nemesis.

“Bob might have hated my guts, but his death brings me no joy whatsoever,” he said. “Any of us can fall into crisis. That could be me tomorrow. Bob has a surviving family that is hurting right now. There’s nothing to celebrate here.”