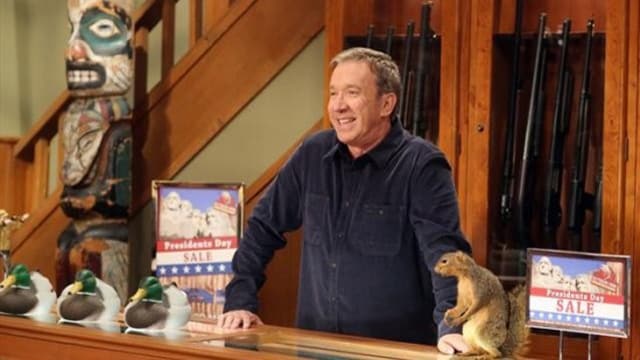 “Outdoor Man was a Hollywood set version of a sporting goods store, of course, but it did have a gun counter and there was a gun cabinet in the Baxter household. There were plenty of references to hunting,” NSSF said Wednesday. “Last Man Standing also was a family-oriented show with life lessons every week delivered through plot lines involving his wife, three daughters, two sons in law and a neighbor. In many ways, the show was an island of mainstream values in a sea of network political correctness and pandering.”

The announcement spawned widespread speculation the network dumped Allen for his right-wing views and overt support for President Donald Trump, both on and off the camera — a rumor the network has denied.

“What people saw was a loving family with a main character and supporting cast members employed in our industry,” NSSF said of the show’s enduring popularity. “Guns were discussed for their use in hunting and the shooting sports and, in at least one episode, for self-defense.”

Still, ABC Entertainment President Channing Dungey said she cancelled the series May 10 after network executives decided on a change of direction for the Friday night line-up away from comedies and into superhero dramas.

“We make tough calls and cancel shows that we otherwise would have loved to stay on the air. That’s the job,” Dungey said in a phone call with reporters Tuesday, according to CNN. “But I canceled ‘Last Man Standing’ for the same business and scheduling reasons that I canceled ‘The Real O’Neals,’ ‘Dr. Ken,’ ‘The Catch’ and ‘American Crime.'”

Allen tweeted Tuesday he felt “stunned and blindsided” by the network’s decision.

“We’re sure that we speak for many of our NSSF members in saying are sorry to see this series end,” NSSF said. “If it existed in the real world, Outdoor Man would be a retailer member and Mike Baxter would attend the SHOT Show.”