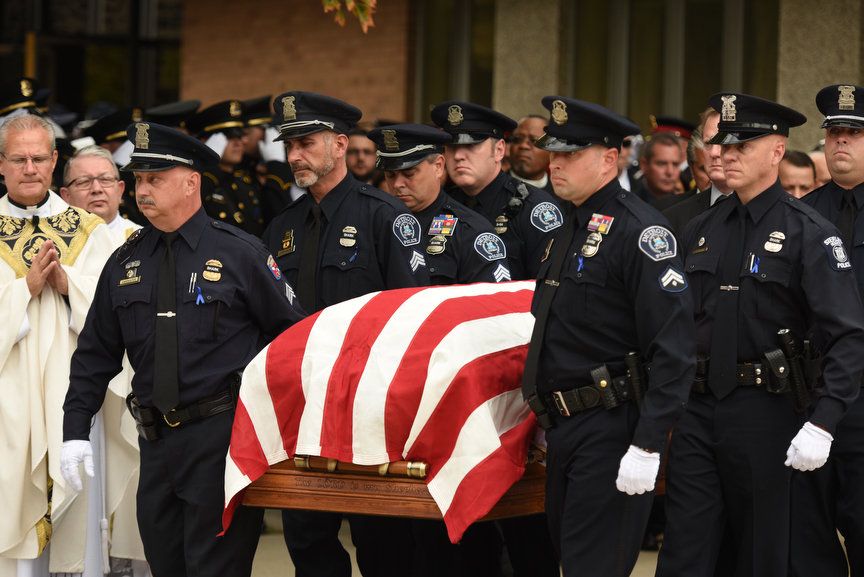 A bill that would impose the death penalty on those convicted of killing or attempting to kill first responders passed overwhelmingly in the U.S. House on Thursday.

“America’s police officers and first responders are the first ones on scene to help those in harm’s way,” said the bill’s sponsor, Rep. Vern Buchanan, R-Fla., in a statement. “These brave men and women and their families put it all on the line and deserve our unwavering support. Getting this bill signed into law will protect those who serve our communities and send a clear message: targeting or killing our first responders will not be tolerated.”

The “Thin Blue Line Act” was approved in the chamber 271-143 and amends the federal criminal code to add the offense to a list of factors when considering the harsh punishment.

Critics of the measure argue it is redundant and will serve to create a further divide between law enforcement and the communities they’re sworn to protect.

An opinion piece featured on political blog The Hill cites federal criminal code, saying the targeting or killing of an officer can already be considered an “aggravating factor” which would allow prosecutors to seek the death penalty.

It’s not harsher penalties that are needed, the piece argues, it’s relationship-building and police departments aren’t doing enough of it.

“Real reform must start with training,” the piece reads. “Anti-bias training, for example, educates law enforcement officers about the explicit and implicit biases that can govern their decision-making. By facing biases head-on, officers can significantly reduce racial disparities in the criminal justice system.”

The piece also argues that not enough training is given on use-of-force and de-escalation.

While some like civil rights coalition The Leadership Conference argue the bill is pointless, others point to the fact that other classes of first responders, like firefighters and paramedics, are being added to the protections under federal criminal code.

In an open letter to Congress, the coalition — made up of more than 200 civil rights groups — also pointed to the bill’s supposed redundancy and the disproportionate impact it would have on people of color. The group argues that law enforcement deaths are declining and that Congress could be overstepping its authority on the matter.

“Employing a proliferation of aggravators as envisioned in H.R. 115 undermines the narrowing function required by Furman v. Georgia and Gregg v. Georgia, thus risking the constitutionality of the federal death penalty,” the group said. “In addition, establishing a statutory aggravator that could encourage federal capital prosecution where the state itself has chosen not to employ the death penalty contravenes principles of federalism. The Supreme Court has chastised Congress for overstepping its authority. In recent opinions where the Supreme Court has declared a congressional action unconstitutional, the Court has reminded Congress that it lacks ‘plenary police power.’”

President Donald Trump on Monday signed a proclamation marking the day as Peace Officers Memorial Day and May 14 through May 20 as Police Week. He also promised the law enforcement community his administration would work to prevent violence against its officers.

“Every drop of blood spilled from our heroes in blue is a wound inflicted upon the whole country,” Trump said. “And every heartache known by your families in law enforcement is a sorrow shared by the entire family of the American nation.”

According to the Officer Down Memorial Page, which tracks police deaths across the country, there were 145 line-of-duty deaths in the law enforcement community in 2016, up from 141 the previous year. In 2013, there were only 127 such deaths.