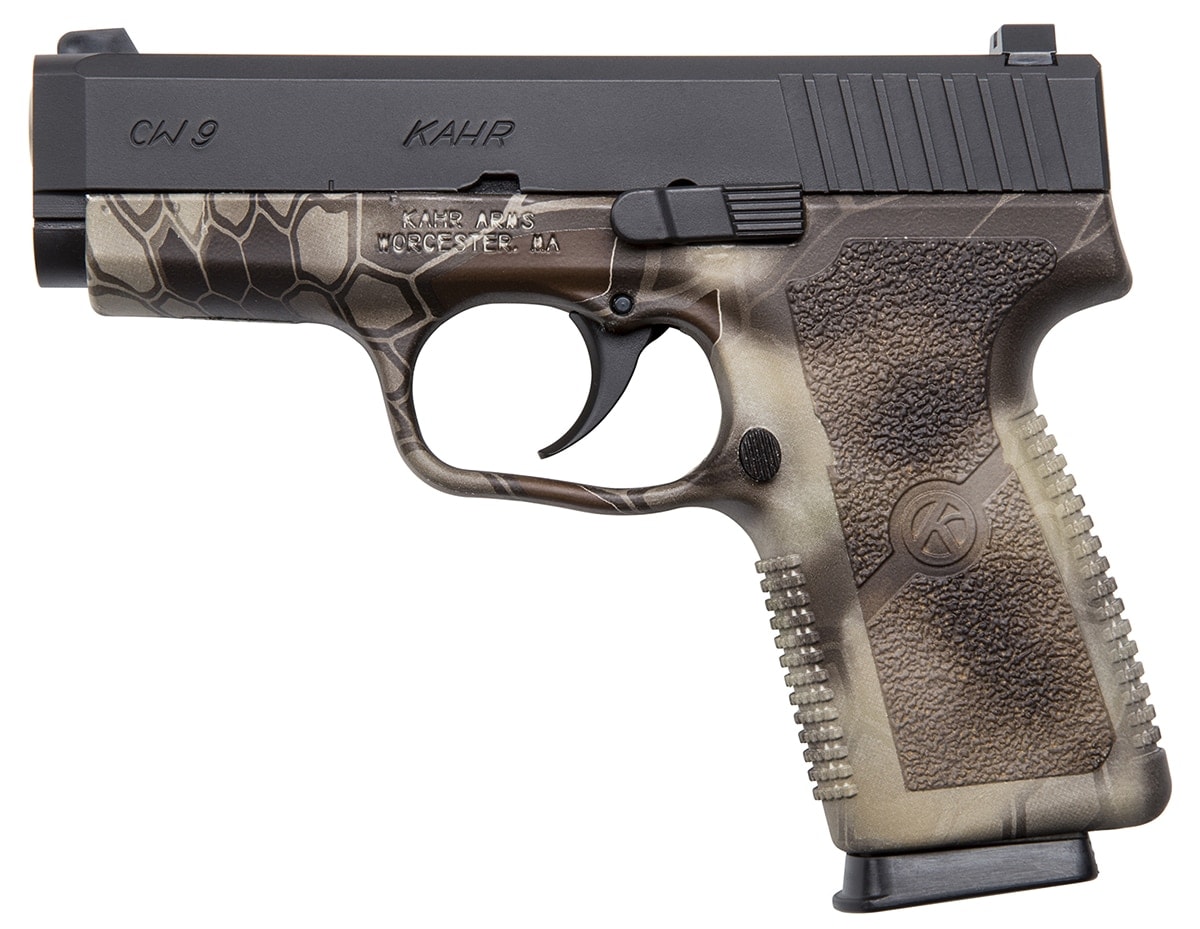 Three 9mm and one .380 ACP concealed carry pistols boasts the ramped up finish that Kahr said initially gained popularity in 2015 when Kryptek Camo was released on two Deagles.

“The pattern was so widely accepted that it sold out almost immediately,” the company said in a press release. “Now, Kahr Arms is once again bringing back the popular Kryptek finish, but this time it will be offered on four of their small conceal carry Kahr pistols.”

Chambered in 9mm, the CW9093KRT, CM9093KRT and CT9093KRT offer a trigger cocking double action only, lock-breach and “Browning-type” recoil lug. Additionally, they tout  a passive striker block with no magazine disconnect. The pistols are equipped with a drift adjustable white 2-dot rear and a white-dot polymer front sight. Built with a capacity of 7+1, barrel lengths range from 3-inches to 4-inches depending on model.

Representing the compact, concealable .380 world, the CW3833KRT model is outfitted with a 2.58-inch barrel with overall length at 5-inches. Featuring a smaller slide width at 0.75-inches, the little gun also offers 3-dot sights and a 7+1 capacity.

The new models are not shipping to local dealers and carry a price tag starting at $439 for the .380 ACP. The 9mm options range in price from $477 to $495 depending on design.