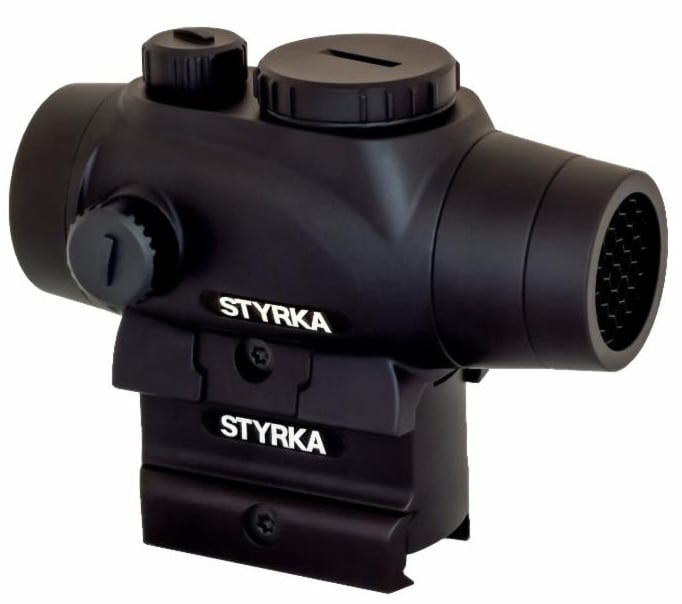 Stryka’s S3 series offer a double-lens optical system which couples with dot color indexed coating to eliminate parallax and point-of-aim errors. Available in a 2.5 and 5 MOA red dot as well as a 5 MOA green dot, all three models feature a 21mm objective lens. Constructed from 6061-T6 aluminum, the S3 is durable while maintaining a weight of less than 6 ounces.

Equipped with an auto shut off to preserve CR2032 battery life, the units turn off after one hour of inactivity. Stryka says the devices are nitrogen purged to prevent internal fogging and are “100-percent waterproof.”

The red dots are covered under the company’s Stryka Pride warranty which will fix optic issues or replace the unit. In addition, Stryka customers can send their optics in once a year for maintenance for free.

All three models in the S3 Red Dot series are priced at just under $330.