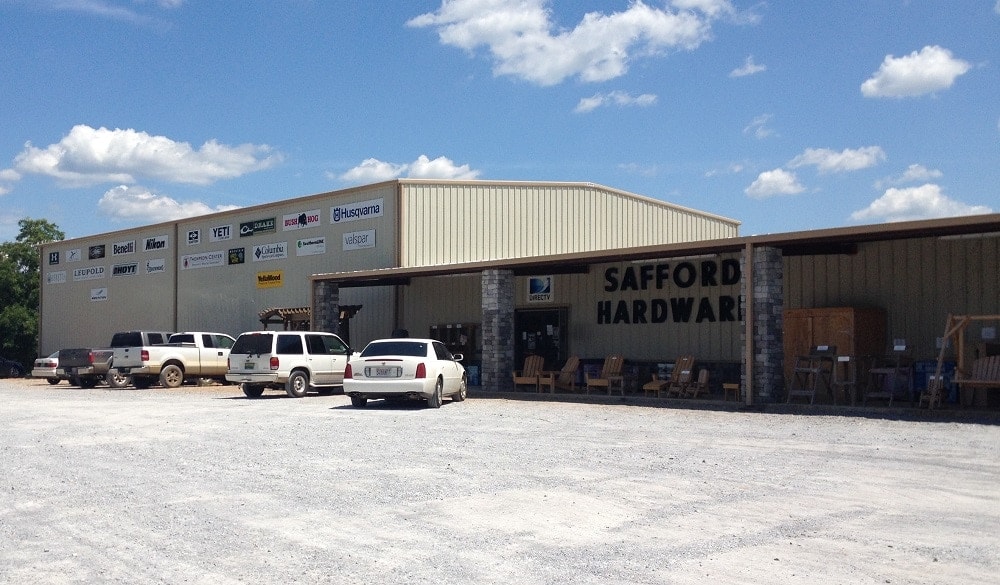 Three suspects are now facing federal charges after allegedly stealing around 50 firearms from a gun shop in Safford, Alabama.

According to the affidavit, the suspects allegedly pried open a metal door, broke an interior door window and crawled into Safford Tire and Hardware early in the morning on May 10.

The suspects–later identified through surveillance video as Jabriel Bell, Fortune Hoppins, and Stanley Young–then stole around 50 firearms from the store and fled the scene. All three had outstanding state arrest warrants for bank robbery.

Officers arrested Bell at the Travelers Inn in Selma on May 11. Bell then admitted to burglarizing the store with Hoppins and Young and told ATF agents he had left a stash of the stolen guns in the woods where he had briefly hid near the store.

ATF agents then tracked down and recovered 23 of the firearms based on Bell’s story. All of the recovered weapons listed in the affidavit were semiautomatic pistols.

Hoppins has also been arrested and officers were still trying to locate Young. A three suspects have been charged with stealing firearms.