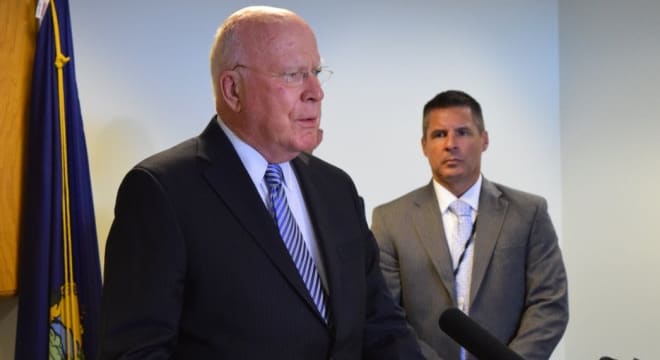 A bipartisan bill was filed in the U.S. Senate last week to establish straw purchasing as its own class of federal crime.

Senators entered S.1185, the Stop Illegal Trafficking in Firearms Act of 2017, intending to increase public safety by punishing and deterring firearms trafficking. Backed by Sen. Patrick Leahy, D-Vt. and Sen. Susan Collins, R-Maine, the bill would make straw purchasing a crime of its own, a move its sponsors argue is needed.

“I have often heard from law enforcement that current law does not do enough to deter gun traffickers,” Leahy said in a statement. “In Vermont and across the nation, we have seen the relationship between trafficked firearms and the drug trade. Closing these loopholes will help keep firearms out of the hands of those who seek to do us harm and will make our neighborhoods safer.”

Straw purchases are illegal and are often extensively prosecuted by the federal government already with both the Bureau of Alcohol, Tobacco, Firearms and Explosives and the National Shooting Sports Foundation — the trade association for the gun industry — partnering to educate gun retailers about the law. Typically, those charged are indicted for making a false statement on the firearm transaction record or presenting false identification during the purchase, both of which are violations of existing gun laws.

Further, the courts have stated that straw purchases include buying a gun for someone not prohibited from owning one as well. In a split 5-4 ruling, the U.S. Supreme Court in 2014 agreed with gun control groups and lower courts that a man who bought a gun for his uncle, who was lawfully eligible to own it, performed a straw purchase.

It has been referred to the Senate Committee on the Judiciary.