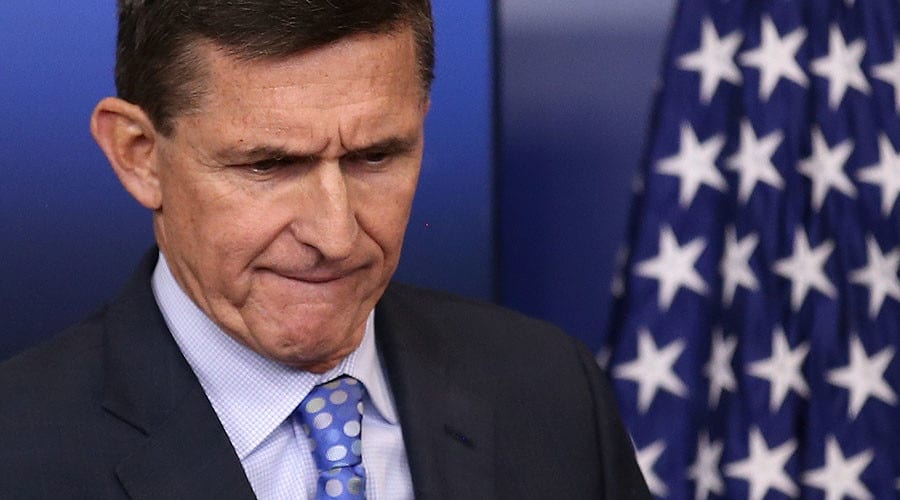 A former Trump national security adviser cited the Fifth Amendment in his refusal to comply with a subpoena issued by a Senate committee investigation into Russia’s involvement in the 2016 presidential election.

The Senate Intelligence Committee sought documents held by Michael Flynn, who said that “escalating public frenzy” compelled him to withhold them, according to a letter sent from the retired Army lieutenant general to the committee, as reported by the Washington Post and other media outlets.

“We will be responding to the Senate Intelligence Committee today,” a source close to Flynn told NPR. “We expect to say the general will not (provide) the requested documents. He is entitled to decline under the Fifth Amendment.”

Flynn told the Federal Bureau of Investigation and congressional investigators in March that he would testify about the Trump campaign’s alleged ties to Russia in exchange for immunity.

In February, Flynn was asked to resign after it was discovered he had been in contact with Russia over U.S. sanctions on the Kremlin and misled Vice President Mike Pence about the substance of a December call with Sergey Kislyak, Russian ambassador to the U.S.

Though the FBI’s investigation into potential collusion was stalled by President Trump’s firing of its director, James Comey, the congressional probe persists.

The Department of Justice on Wednesday named former FBI Director Robert Mueller, who served under presidents George W. Bush and Barack Obama, as special counsel in the Russian probe.

DOJ chief Jeff Sessions in March recused himself from the investigation after allegations surfaced claiming he lied to members of Congress while under oath during his confirmation hearing regarding communications he had with the Russian ambassador.