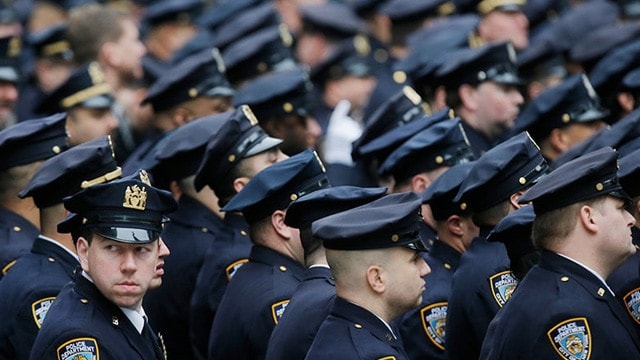 The Department of Justice rolled out a new tool last week to help quickly spread the word when a criminal has killed or injured a member of law enforcement.

Named for two NYPD officers ambushed and killed in December 2014, the Rafael Ramos and Wenjian Liu National Blue Alert Act was signed into law in May 2015 and is now operational in 27 states, according to a news release from the Justice Department.

Similar to AMBER Alerts — the system used to notify the public when a child is missing — Blue Alerts can be broadcast on television, radio, and sent to cell phones and other devices. Notifications will provide physical descriptions, vehicle information and other identifying characteristics of possible assailants.

“Blue Alerts provide for rapid dissemination of information to law enforcement, the media and the public about violent offenders who have killed, seriously injured or pose an imminent threat to law enforcement,” said Acting Associate Attorney General Jesse Panuccio at a news conference announcing the rollout.

“Far too many ambush style attacks on law enforcement have affected our communities and put officers at risk,” he said. “Any delay in capture could result in the death of other law enforcement officers and other nearby innocent civilians.”

While 27 states have Blue Alert plans in place, the Community Oriented Policing Services arm of the DOJ is working to expand the program’s scope. COPS has drafted a guidance for additional law enforcement agencies on how to request an alert, write an alert, and deal with the geographical scope of an alert — including interstate and intrastate coordination.

Federal Communications Chairman Ajit Pai said he’s working to incorporate Blue Alerts into the Emergency Alert System, the national public system that can interrupt programming for AMBER Alerts or extreme weather. If approved, Blue Alerts would get a distinct EAS code, which would give the program a nationwide means of dissemination. The FCC’s Board of Commissioners are set to vote on that initiative next month.