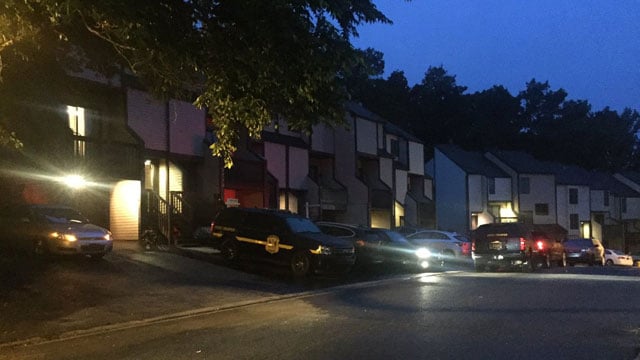 Police were called to the woman’s home around 11:15 p.m. Sunday, and when they arrived, they found the off-duty trooper had been severely beaten. (Photo: Katherine Scott/Twitter)

Authorities are investigating a deadly shooting that occurred at the Pike Creek home of a Delaware State Trooper during a violent domestic dispute Sunday night.

The preliminary investigation indicates the trooper, who was off-duty at the time, acted in self-defense when she shot her boyfriend, 43-year-old Maurice Ifill, of Owings Mills, Maryland.

According to a press release from the Delaware State Police, a 911 call came in just after 11 p.m. with the caller stating that a shooting had occurred inside the home. Officers with the New Castle County Police and Delaware State Police responded to the call and, upon arrival, discovered the trooper, who was “severely battered,” while Ifill was suffering from a gunshot wound.

Police say a violent physical altercation occurred inside the home and at some point, the trooper was able to retrieve her service weapon and fired a single shot at Ifill, striking him in the upper torso.

Both the trooper and Ifill received medical treatment from paramedics at the scene; then both were transported to the hospital for further treatment. Ifill succumbed to his injuries and was pronounced dead at the hospital. The trooper was said to have serious injuries but, as of late Monday afternoon, was listed in stable condition.

Ifill’s body was transferred to the Delaware Division of Forensic Sciences, where an autopsy is set to be performed.

The trooper’s name has not been released at this time, but authorities confirmed she has been a trooper with the Delaware State Police for eight years.

The investigation is ongoing, and authorities said they would continue to collect evidence, conduct interviews, and gather any other information pertinent to the case.