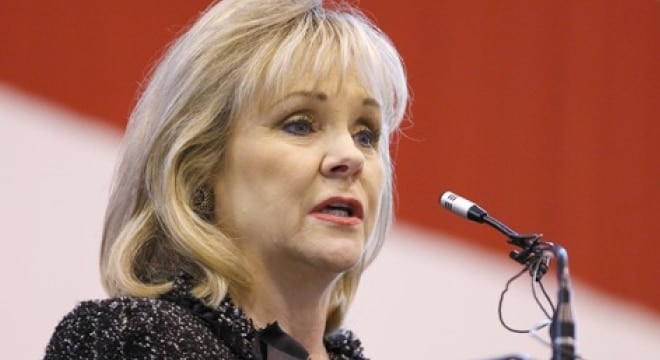 Republican Gov. Mary Fallin recently signed legislation to allow some in the military to carry a handgun without a license and to grant the carry of firearms on public buses.

The carry expansion for service members, SB 35, proved very popular with lawmakers, passing the Oklahoma Senate earlier this month 46-2 and the House 85-13 in April.

“Our military men and women are highly trained in combat and how to use weapons,” said the bill’s sponsor, state Sen. Kim David, R-Porter. “Requiring them to get a license to carry a handgun is redundant and an expense our Oklahoma heroes shouldn’t have to worry about.”

The language of the bill would change state law by allowing active, reserve and National Guard members in the state who are age 21 and older to use their valid military ID in place of a handgun permit. Those carrying would also need to have a valid state ID.

The legislation goes into effect Nov. 1 and complements a House bill signed by Fallin last month that will allow people as young as 18 who have served in the military to obtain a handgun license.

Fallin also signed SB 397 over the weekend which will lift prohibitions on the carry of handguns on public buses. The measure passed the Senate 39-2 earlier this month and the House 79-9 in April.

The bill ends what gun rights groups described as a discriminatory and “unreasonable prohibition on the carry of firearms” on public transportation in Oklahoma and allows those with a valid carry permit to bring a firearm on public buses.

Under state law, those found with a concealed lethal weapon on a public bus who were not law enforcement were liable to as much as a 10-year prison sentence and a $10,000 fine.

The repeal goes into effect Nov. 1.