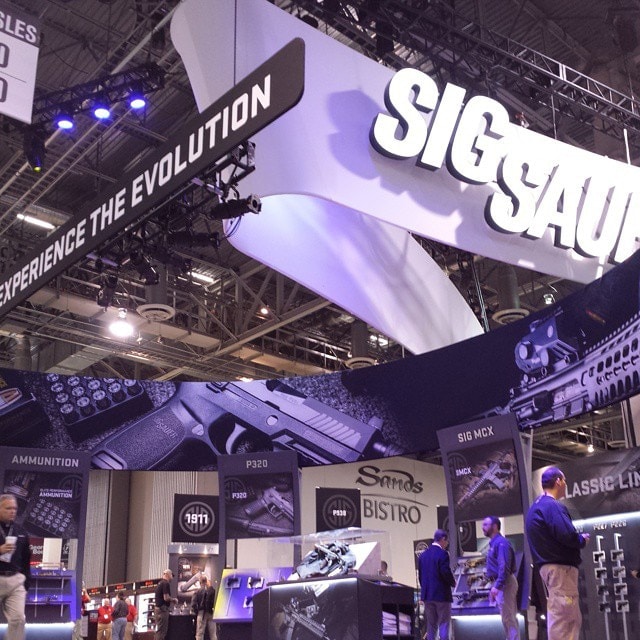 The state of New Jersey alleged in a recent lawsuit the New Hampshire company provided defective handguns to New Jersey State Police for a contract three years ago and failed to adequately rectify the problem.

Sig added it was surprised by the lawsuit, which had been filed in late April, because company representatives had been working with New Jersey officials to resolve the issue. “Sig Sauer is committed to customer satisfaction, and stands ready to continue these discussions and work with NJSP to reach an equitable solution,” the company said.

Sig is one of the largest arms contractors in the country and around the world. In February, the U.S. government awarded the gun maker a $580 million contract to produce sidearms for the Army. The decision makes the Sig pistol a standard-issued weapon in the U.S. military’s arsenal.

According to court documents, Sig supplied 3,000 new P229 handguns to the New Jersey department in September 2014, but when troopers used the new guns in training, they experienced “Failure to Extract” malfunctions, meaning their weapons failed to eject the spent shell from the barrel after being fired.

Working with State Police, the gun maker tried to diagnose the problem and made multiple attempts to correct it by replacing various components and problematic firearms. But after 16 months, the department opted to hire a new contractor rather than continue the rigmarole with Sig.

The lawsuit has asked Sig to refund the $1.7 million the state dished out for the guns, and reimburse $856,680 for accompanying holsters as well as costs for testing and evaluating the guns.

Sig isn’t the first gun maker to be accused of supplying defective firearms to a law enforcement department. For instance, in 2013, a Florida sheriff’s office determined Glock had supplied service pistols with faulty firing pins, so it abruptly ended its contract with the gun maker. While the problem had been limited to the one department, neighboring agencies took notice. Yet, Glock, similar to Sig’s determination, said an investigation revealed the root of the problem to be ammunition and not the gun.