Dispatches from gun country: I became a Marine 'to be a part of something greater' 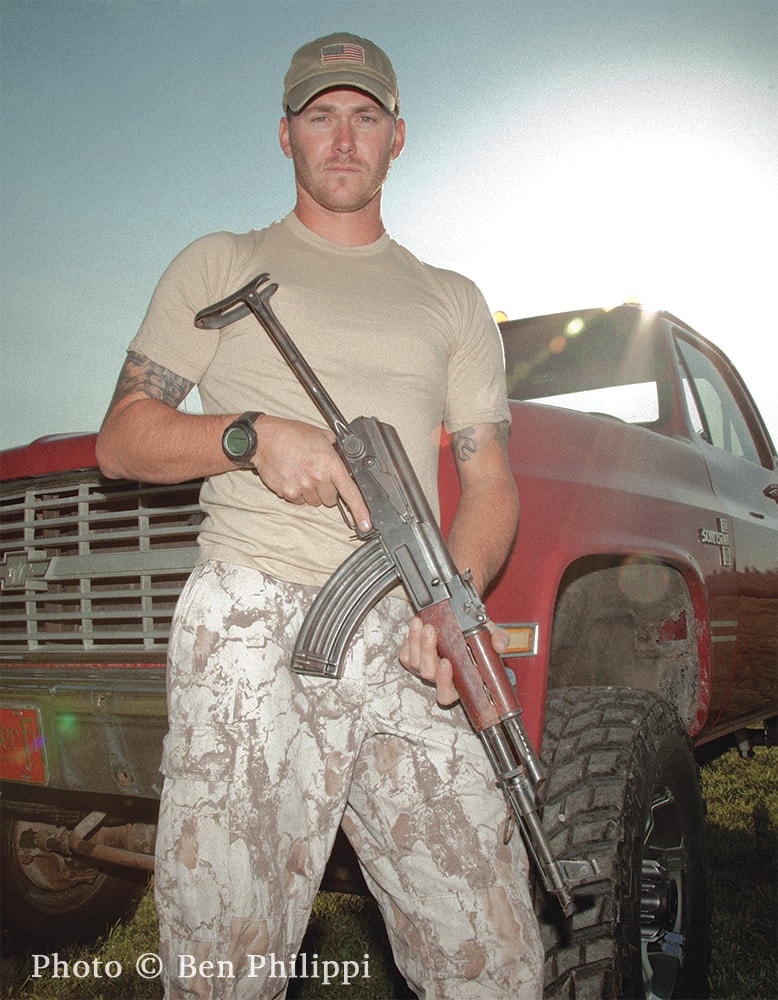 Through military service and seeing the world, Jonathan Amborn of Louisburg, Kansas, found a renewed love and respect for his country that he never takes for granted.

Men and women join our 100% volunteer military for many reasons. The reason I became a Marine was to be a part of something greater and to do cool stuff!

My first foreign assignment was in northeast Africa, also known as the Horn of Africa – or the ass-crack of the earth, as I later found out.  This deployment opened my eyes to things most Americans could not even imagine. Asides from a few major cities, there are small desert villages where the nomadic herders actually live in huts made from twigs and tree bark or old wooden pallets and used garbage bags.

These villages had no plumbing or bathrooms. For those fortunate enough to live near ocean, they can defecate in the water – locally known as ‘shit beach.’ Major cities in this region do have some running water and western type infrastructure brought by the French or English but these are largely overrun with poverty and endless shanties. People who live in these slums often use an adjacent empty lot as the communal toilet.

After seeing how these people live, I began to reflect on the simple pleasures and conveniences that we as Americans have. We don’t have to worry about getting hit by a car while crossing the street to go defecate. We as Americans do not have to fear reprisal from the government for voicing our opinion of leadership – or lack thereof.

If we are born poor, we are not forced to follow our parent’s footsteps and remain poor and uneducated. We are given the opportunity to pursue a path we choose, even with provided assistance and a helping hand if desired.  We can choose a religion of our choice or none at all. We are extremely fortunate. We have a great freedom that some people cannot even imagine. We have more rights than any other society on earth. These rights are afforded to and protected by the first ten amendments to our Constitution. There is one of those rights that protects all of the others and that’s our Second Amendment. This right will be defended to defend all others.