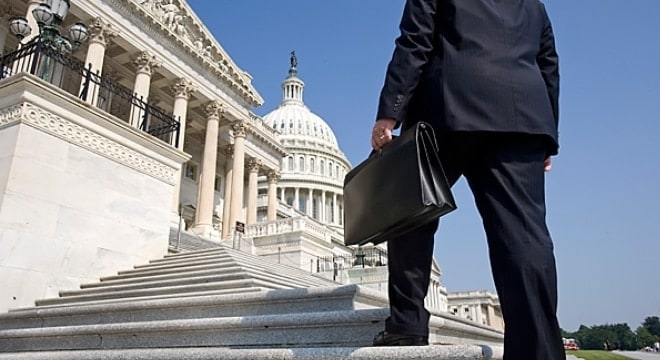 Marketing and public relations news site O’Dwyers reports that Everytown has sought out the government relations firm Subject Matter to assist with lobbying.

The firm’s client list ranges from big business — representing Ford, Nestle, Met Life and the Association of American Railroads — to public service groups such as the Ad Council. Subject Matter also counts the Brady Campaign, another well-known gun control group, as a client.

Everytown and its allied group Moms Demand Action in April announced they were embarking on a renewed $25 million legislative effort with special attention paid to defeating nationwide concealed carry recognition.

“This is a line in the sand on this issue, there’s no question about it,” said Everytown President John Feinblatt at the time. “The NRA wants to normalize carrying guns in public. It’s not where the American public is.”

O’Dwyers detailed the four-person team at Subject Matter handling the Everytown account is made up of individuals who formerly worked for such stalwart Democrats as now-retired Senate Majority Leader Harry Reid, Dick Gephardt, and John Kerry.

According to first quarter 2017 financial reports maintained by the Center for Responsive Politics, Everytown has spent $260,000 so far this year on four lobbying firms in addition to Subject Matter. Those firms include Mehlman, Vogel, Castagnetti; the OB-C Group; the Raben Group; and the JBH Group.