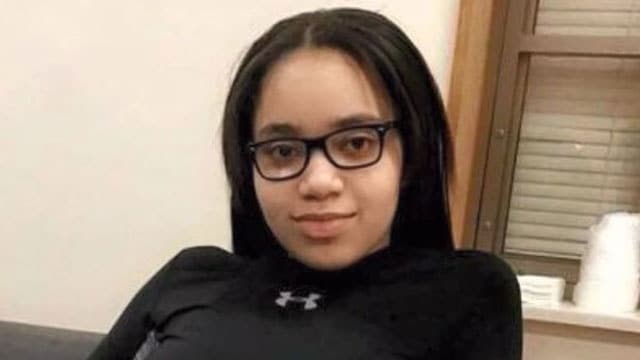 A juvenile court judge out of Trumbull County, Ohio, determined Monday that a 15-year-old girl who shot and killed her abusive father last year will soon be moved out of jail and to a residential treatment facility as part of her sentencing.

Bresha Meadows, 15, originally faced aggravated murder charges, but those were dropped to involuntary manslaughter Monday as part of a plea deal that will leave her with a clean record as she moves into adulthood.

Bresha, who has remained in jail since the July 2016 shooting, will leave the detention center and be moved to a residential treatment facility in about two months. Bresha, who has been diagnosed with anxiety and depression, will be required to spend at least six months in the facility, altogether, spending 18 months in custody.

Defense attorney Ian Friedman told NBC News they are pleased with the plea deal, noting that the girl, who was reportedly “incredibly relieved” at the decision, originally faced life in prison without the possibility of parole.

According to The Root, after the hearing, Bresha hugged her family and said, “Today is a good day.”

“She smiled today, and for the first time you really felt that smile was genuine,” Friedman said of Bresha, who dreamed of going to college to become a veterinarian. “She started to talk about her future for the first time. And she’s pleased to know that her case may help other kids in her same situation.”

In the early morning hours of July 28, 2016, Bresha shot her father, 41-year-old Jonathan Meadows, in the head with a .45-caliber handgun as he slept inside their home in Warren, about 60 miles southeast of Cleveland.

The night of the shooting, Bresha’s mother, Brandi, went to sleep around 8 p.m., was awakened by her husband around 10 p.m., but went back to sleep. Brandi awakened a second time at the sound of the gunshot that killed her husband. Meadows was shot at 3:20 a.m. as he slept on the couch.

It’s unclear what happened in the final moments leading up to the shooting or why the girl was awake at that hour.

According to her mother, Bresha was a good kid who excelled in her education and was enrolled in the gifted program at her school. But Brandi said before the shooting, she watched Bresha “deteriorate.” She said the girl would come in from school every afternoon, walk through the door, and immediately “bolt” upstairs to her room.

“She went from being OK to nothing,” Brandi said of her daughter, adding that her husband “terrorized” them.

The defense team has maintained that the shooting came after years of physical and mental abuse. Bresha’s attorney told the judge that every adult in the girl’s life had failed her and she felt she had little – if any – choices for survival, although the defense offered no details of what – if any – kind of abuse Bresha herself suffered.

“It was the only way that she could defend her family from the man who abused them. He was well over 200 pounds, and she was a 14-year-old girl,” Friedman said in August.

Bresha’s mother said they suffered daily at the hands of her husband.

“I believe she was trying to help our whole family get out of the box that he put us in,” Brandi said. “I believe that she saved all of us.”

Brandi, who previously tried to leave her husband but always went back to him, called her daughter a “hero” while saying she was sorry for what the girl had gone through.

Brandi said she suffered numerous broken bones, bruises, and cuts at the hands of her husband, and over the course of their 22-year marriage, the abuse continuously escalated.

Ja’Von Meadows-Harris, Bresha’s cousin, witnessed the abuse when Bresha was just a baby. He recalled seeing Jonathan repeatedly strike Brandi until she fell to the ground, at which point Brandi curled into the fetal position to protect baby Bresha from the blows she was still receiving.

Bresha’s siblings also attested to the constant abuse in the home.

However, according to Jonathan’s sister, Lena Cooper, her brother was not the “violent monster” they were making him out to be. Cooper called Bresha a murderer and said last year they hoped the case would go to trial so that the truth would come out.

Cooper questioned why, if her brother was as bad as they say, Brandi and the children stayed in the home instead of just leaving.

When asked that very question, Brandi’s reason was summed up in a single word.