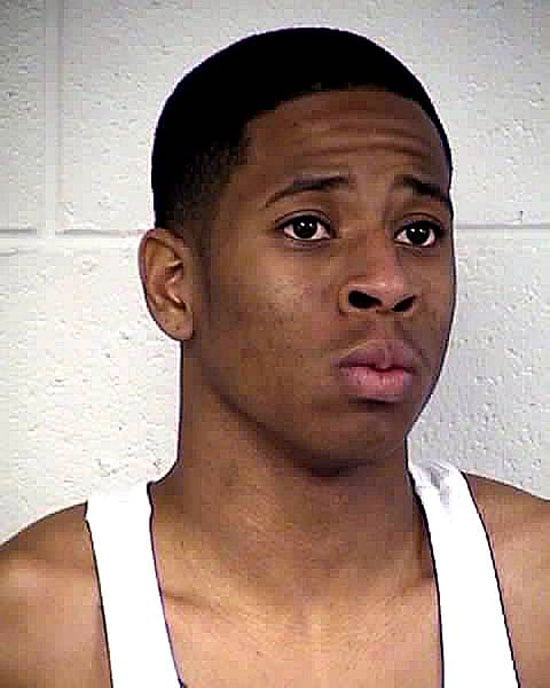 A shooting inside a Las Vegas convenience store early Monday morning came to an end after an armed security guard fatally shot the shooter.

Authorities are still working to determine what exactly happened, but it appears the shooting may have been some sort of act of retaliation following an attempted robbery hours prior to the shooting.

Reports indicate 19-year-old Gerardo Moncayo went to the 7-Eleven late Sunday night and got into an altercation with the store clerks after he tried to steal some items. Moncayo left, but then several hours later he returned with 26-year-old Victor Sanders and a gun.

Moncayo apparently entered the store and started shooting up the ceiling before a security guard, who happened to be there guarding a slot-machine collection, returned fire, striking Moncayo multiple times.

Moncayo was pronounced dead at the scene.

The following day, authorities located Sanders, who was subsequently booked into the Las Vegas Detention Center for conspiracy to commit robbery and attempted robbery.