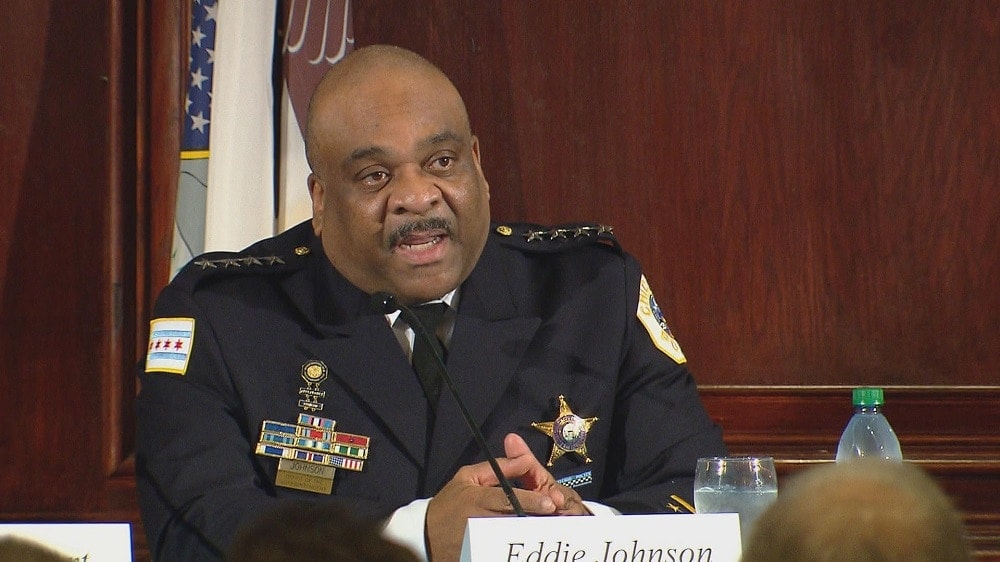 The Chicago Tribune reported the legislation, Senate Bill 1722, would increase sentencing guidelines for Illinois judges deciding on punishments for repeat gun felons, raising the sentencing range from 3-14 years to 7 -14 years. If judges opt out of those guidelines, they would have to provide an explanation.

“It’s the repeat offenders that consistently come back in our neighborhoods and shoot and kill, and if we don’t send a message that we are serious about holding them accountable, then what are we doing?” Johnson said. “When I talk to my neighbors they are asking me, they are begging me to do something about this violence.”

The measure, which was worked on by Chicago Mayor Rahm Emanuel and House Republican leader Jim Durkin, ultimately passed out of committee on a 10-3 vote. Bruce Rauner also supports the bill, a rare moment of agreement between he and Emanuel.

“Tougher, more certain sentencing for repeat gun offenders is a critical component of strengthening public safety here in Chicago and across Illinois,” Emanuel said on Twitter. “I am grateful that state lawmakers took action today to hold repeat gun offenders accountable for their crimes, and Superintendent Johnson and I will continue to work with legislators in Springfield to ensure a truly just criminal justice system.”

While the bill passed out of committee, some Democrats voiced concerns the legislation would lead to more minorities being incarcerated and said Chicago police need to do a better job of catching criminals in the first place.

“I guess my concern is that the thought in creating this culture of accountability, wouldn’t that be more so related to people believing that they are going to get caught versus just looking at the punishment,” said Rep. Juliana Stratton, D-Chicago. “Because right now, isn’t that the sense, that people feel they can just get away?”

Johnson strongly disagreed with that viewpoint, noting “the police are not the ones picking up the guns and killing these people.”

In an effort to reach out to those concerned, Durkin added a provision to the measure that would establish a program to rehabilitate non-violent, first-time offenders charged with certain weapons crimes. Johnson expressed concern over the program, worried it would go too easy on those carrying guns without a license, but Durkin noted state’s attorneys would have a role in determining the participants.

Other new additions to the bill call for the Illinois State Police to create a task force to fight gun violence and for a review of the bill in five years.

The bill now heads to the House floor for a full vote. A different version of the legislation was already passed in the Senate.