Army has a bullet that penetrates 5.56-resistant body armor plates 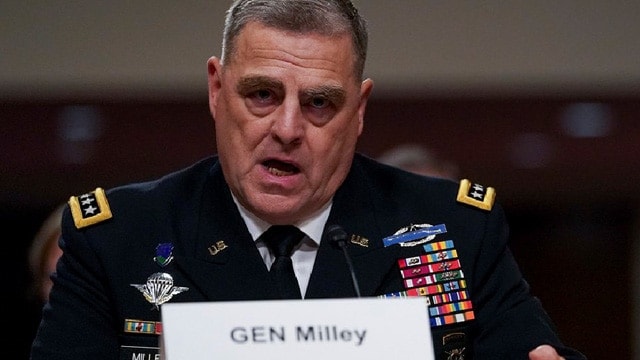 The military has been developing a bullet that can penetrate 5.56 mm-resistant body armor, according to Army Chief of Staff Gen. Mark Milley

The topic came up during an Senate Armed Services Committee hearing Thursday when Milley responded to questions about developments on the M4 carbine.

“One of the things we learned was that the current M4 caliber of ammunition will not penetrate the newly developed body armor of our adversaries, which is, to me, a disaster in waiting,” asked Sen. Angus King, an Independent from Maine. “Your thoughts on a new weapon, and how do we do the procurement in a timely and cost effective way and avoid some of the problems we’ve had in the past?”

Milley replied: “The 5.56 round, we recognize that there is a type of body armor it doesn’t penetrate,” and added the U.S. Army has the same armor. He also noted that “adversarial states” are selling the body armor on the Internet for around $250.

“The key on any of these things is not so much the rifle, it’s the bullet,” he said. “It’s the ballistics of the bullet, and down in Fort Benning we’ve done some experiments and development … we think we have a solution. We know we have a bullet that can penetrate these new plates.”

“Does the bullet require a new rifle?” King asked.

The Army is purchasing the Heckler & Koch 417 chambered in 7.62 mm for squad designated marksmen, the Army Times reported.