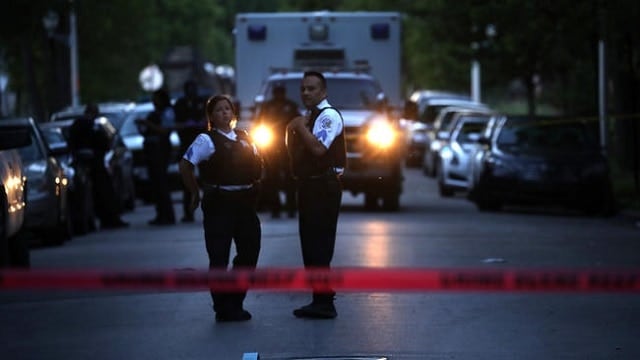 Chicago police work the scene of a shooting in the Lawndale neighborhood that killed a 15-year-old boy. (Photo: Chicago Tribune)

Chicago saw more violence this holiday weekend, with six people killed and 44 wounded in shootings throughout the city.

The most recent fatal shooting took place around 2:45 a.m. Tuesday, when a 21-year-old man was struck by gunfire while sitting inside of a car. The man was shot in the back and through the heart and was pronounced dead at a local hospital.

Four more people were killed in shootings over the weekend and another 44 wounded. The shootings came despite Chicago police arresting dozens of people in raids and flooding the streets with 1,300 extra patrol officers, moves aimed to decrease the holiday weekend violence.