Dispatches from gun country: 'I remain relevant -- as long as I can pull a trigger' 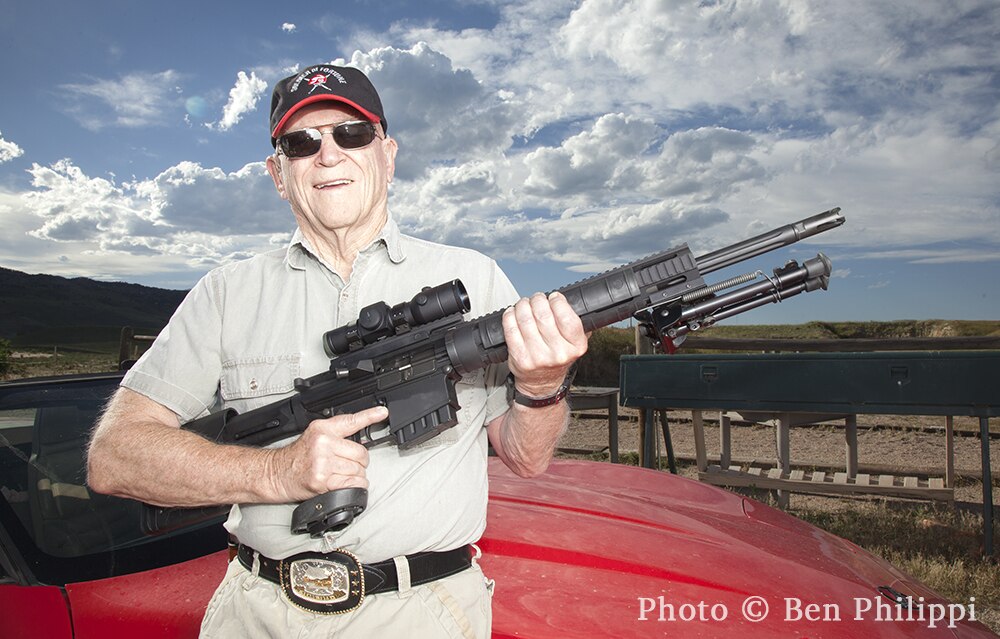 Lt. Col. Robert K. Brown has lived a colorful life. He spent 22 years in the Army, saw the world, retired and was the vice chairman of the NRA. Then in 1975, he started publishing a little magazine called Soldier of Fortune.

Certainly, the Second Amendment and a ‘God-given right’ are substantial reasons for the right to keep and bear arms. But for me, the key criteria for justification of an armed populace, is for it to serve as an ultimate protection from the tyranny from an oppressive government.

The success of the twisted philosophy promoted by that neophyte fascist Bloomberg and his sniveling, ignorant Brown Shirts who believe that only the state should control all force, that only the ‘elite’ should have arms along with the thugs that protect them, can only lead to the demise of our Republic. If he was truly interested in saving lives he would target his millions against the tobacco industry: 480,000 deaths per year.

As Thomas Jefferson said, ‘Those who beat their weapons into plows, will plow for those that don’t.’

In closing, as I approach my 82nd birthday, I take solace in the fact that I remain relevant – as long as I can pull a trigger.