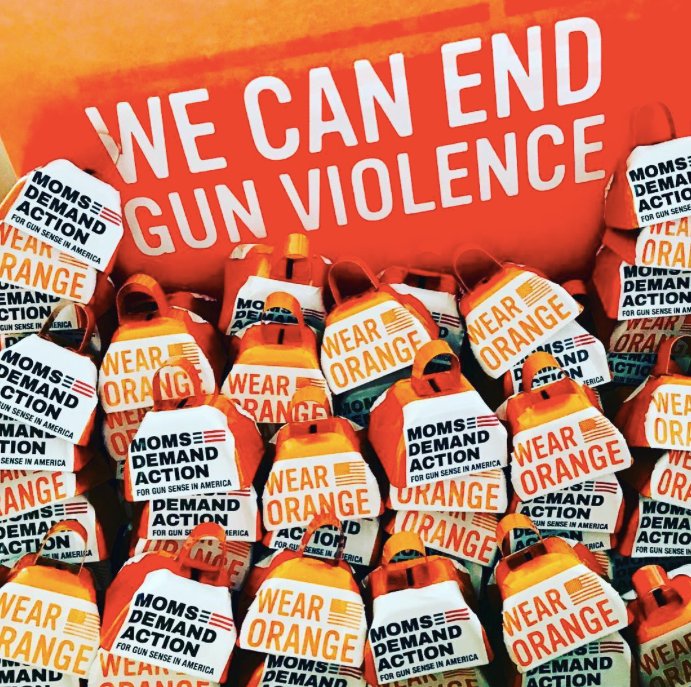 National Gun Violence Awareness Day and the Wear Orange campaign originated with Chicago high school students to mark a classmate’s death in 2013 and has been given a signal boost by Everytown in recent years. (Photo: Everytown)

Companion measures were introduced last week in both chambers of Congress to promote an awareness campaign backed by gun control groups.

The resolutions cite that each year 32,000 people in the U.S. are killed and 80,000 are injured by gunfire, and that in 2016 there were 384 mass shooting incidents — figures mirrored by the controversial Gun Violence Archive — to call for support of the goals of the Wear Orange movement.

Backed by Everytown since 2015, the event was inspired by teens who wore orange to mark the birthday of Chicago teen Hadiya Pendleton, shot in the back and killed in a park in 2013 a week before President Obama’s visit to the city.

In the past two years, Everytown and their allied groups have promoted the annual awareness project through a variety of cultural influencers and a social media campaign that has seen a host of celebrities taking to Facebook and Twitter to show off their orange and promote nationwide rallies. Last year, President Obama shared the hashtag along with Kim Kardashian and Amy Schumer.

The congressional designation, if successful, would call on the public to promote greater awareness of gun violence, wear orange in solidarity with that movement to show symbolically they “are not targets” and bring community groups together to discuss how to make their neighborhoods safer.

Durbin’s resolution, backed by eight other Democrats including Dianne Feinstein, Al Franken, and Richard Blumenthal has been referred to the Senate Committee on the Judiciary while Kelly’s proposal, with 27 co-sponsors, has is in the House Judiciary Committee.

Durbin and Kelly submitted identical resolutions last year that never made it to a floor vote.