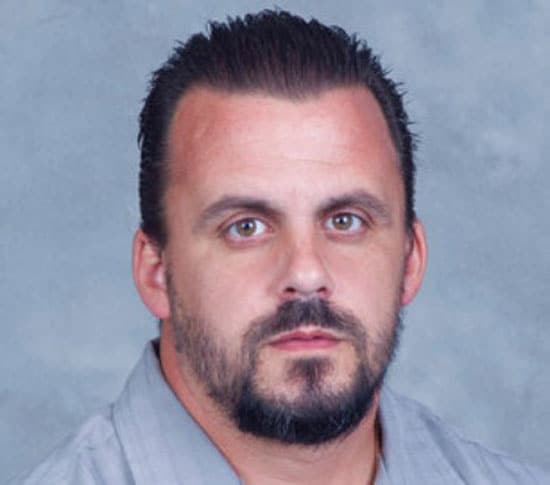 An officer with the Virginia State Police died early Saturday morning as a result of injuries he sustained after being shot during a stop in Richmond Friday evening.

State police identified the deceased officer as Special Agent Michael T. Walter, 45. The suspect, 27-year-old Travis Ball, is in police custody. He faces one count of malicious wounding, use of a firearm in the commission of a felony and possession of a firearm by a convicted felon, with additional charges pending.

According to a press release from the state police, Walter, who has been a special agent with the Bureau of Criminal Investigation’s Richmond Field Office Drug Enforcement Section since 2010, was on patrol with a Richmond police officer Friday evening when they observed a Chevy Cobalt pull up to the curb.

The driver did not flee and was detained. It’s unclear if he faces any charges.

The Richmond officer was not injured, but Walter was rushed to the hospital.

Authorities searched overnight for Ball, who was finally apprehended Saturday morning around 6 a.m., about an hour after Walter succumbed to his injuries.

Ball, who has a lengthy criminal record, is being held without bond. Investigators have not released a motive for the shooting at this time.

Walter left behind a wife and three children, ages 14, 9 and 6. A relief fund has been set up for the family.

Walter, a Marine veteran who lived in a Richmond suburb, started a non-profit wrestling organization aimed at helping at-risk youth.

“It was all about making a difference to disadvantaged youth: mentoring them and fostering their talents through physical fitness and sportsmanship,” Virginia State Police Superintendent Colonel W. Steven Flaherty said in a press conference Saturday.

Flaherty said Walter, who was the 63rd member of the department to be killed in the line of duty since 1932, was committed to bettering the lives of local youth.

“At some point, we have to get it together as a people, as a community, as a city and say we’re not going to tolerate this no more,” Durham said.