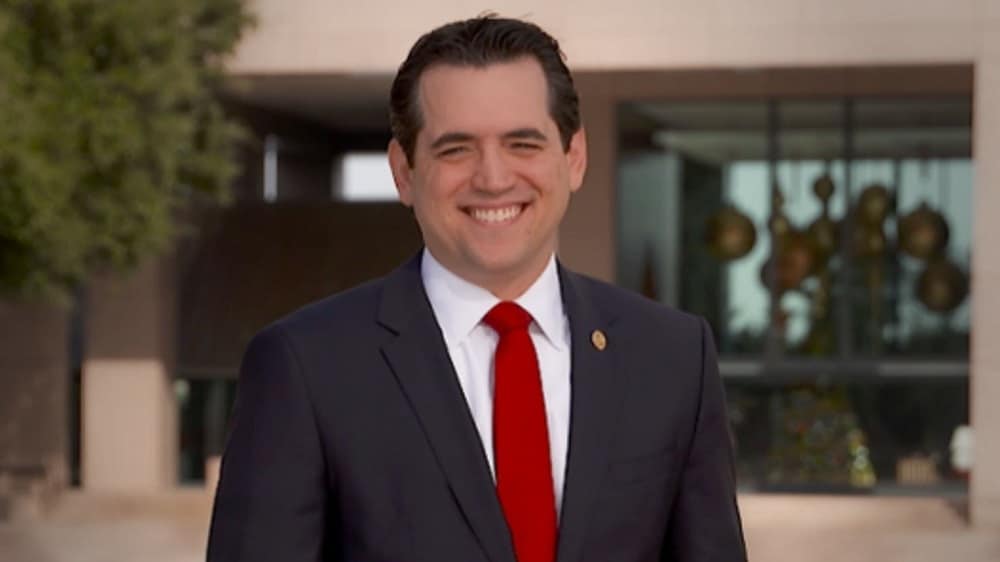 A Texas lawmaker is claiming he was assaulted and verbally threatened by another lawmaker before threatening to use his gun in self-defense.

USA Today reported the altercation started during a demonstration at the Texas House in which hundreds of protesters voiced their opposition to a new law against “sanctuary cities.”

After state troopers cleared the area and protesters were escorted peacefully out of the gallery, Republican Rep. Matt Rinaldi reportedly came over to Democratic Reps. Ramon Romero and Cesar Blanco and told them he had called U.S. Immigration and Customs Enforcement on the protesters.

Rinaldi and Blanco then started yelling at each other and had to be separated by other lawmakers in order to prevent a fight from breaking out.

Democratic lawmakers later claimed during a press conference that Rinaldi had threatened to “put a bullet in the head” of someone during the scuffle on the house floor and said his comment was aimed in the direction of Democratic Rep. Poncho Nevarez.

Rinaldi admitted in a Facebook post to calling ICE and claimed he threatened to shoot Nevarez in self-defense only after Nevarez had threatened him first.

“Today, Representative Poncho Nevarez threatened my life on the House floor after I called ICE on several illegal immigrants who held signs in the gallery which said ‘I am illegal and here to stay,'” Rinaldi said. “Several Democrats encouraged the protestors to disobey law enforcement.”

Rinaldi continued: “When I told the Democrats I called ICE, Representative Ramon Romero physically assaulted me, and other Democrats were held back by colleagues. During that time Poncho told me that he would ‘get me on the way to my car.’ He later approached me and reiterated that ‘I had to leave at some point, and he would get me.’ I made it clear that if he attempted to, in his words, ‘get me,’ I would shoot him in self-defense.”

Rinaldi also added that he is currently under protection from the Texas Department of Public Safety and that several other lawmakers witnessed the incident.

Nevarez tweeted the following in response to Rinaldi’s account of the altercation: “He’s a liar and hateful man. Got no use for him. God bless him.”

The new state law that sparked the protest requires law enforcement officials to comply with federal orders to hold criminal suspects for possible deportation. Police can also inquire about the immigration status of anyone they stop.

The bill was seen as a crack down on so-called sanctuary cities, such as Austin, in which local police are not required to help enforce federal immigration laws.