TSA: Record number of guns found in one week 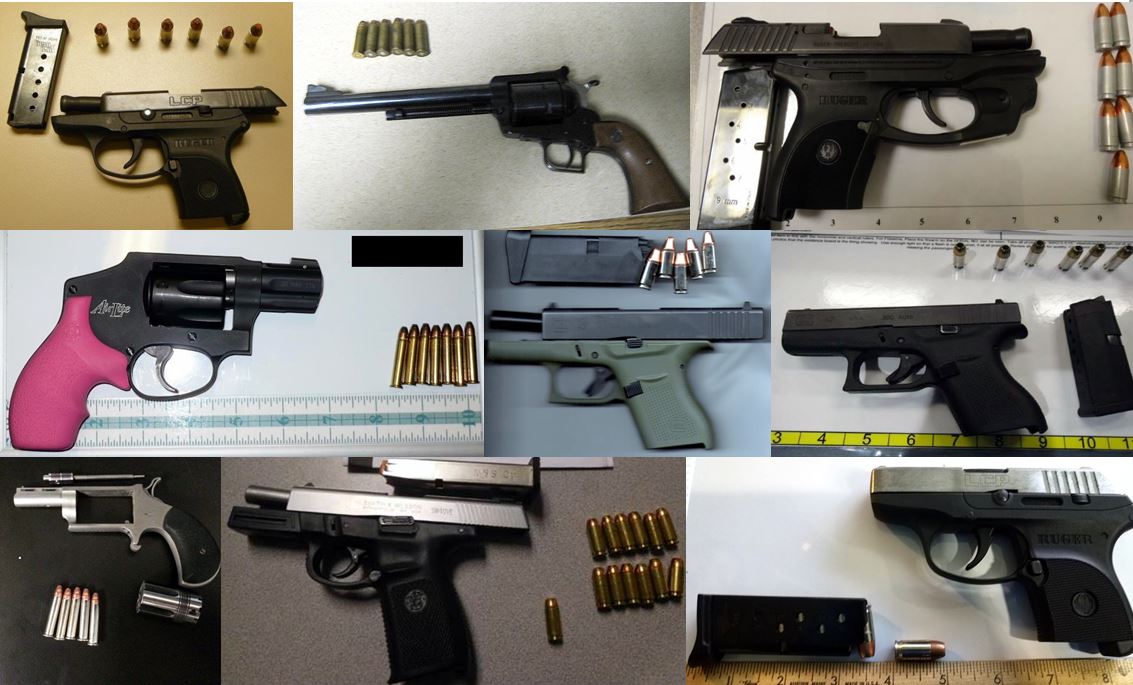 TSA discovered 82 firearms in carry-ons at their checkpoints during one week this month, a new record for the agency. (Photo: TSA)

The Transportation Security Administration said Thursday the single-week record for the number of firearms discovered in carry-on bags across the country has been broken.

TSA screeners found 82 guns in traveler’s bags between May 15 and 21, breaking the standing record of 81 set last August.

“Firearm possession laws vary by state and locality,” the agency said. “Travelers bringing firearms to the checkpoint can be arrested and fined up to $11,000. Travelers should familiarize themselves with state and local firearm laws for each point of travel prior to departure.”

The agency suggests travelers brush up on the proper way to fly with firearms and cautions to never pack ammunition or any gun parts in carry-on luggage.

The agency tasked with protecting travelers in the nation also found other contraband including a cache of novelty edged weapons in a carry-on bag in Dallas, a sword cane at Valley International in Harlingen, Texas, and a Swiss army knife inside a bill bottle in Vermont.