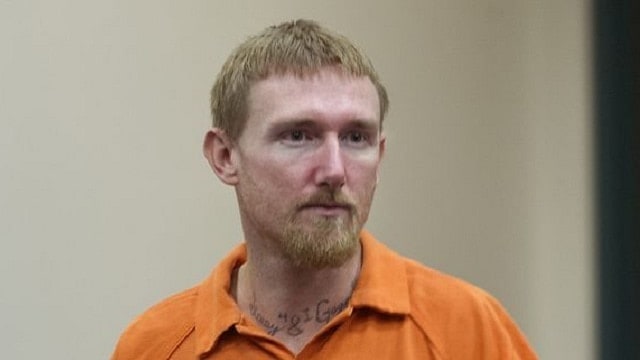 According to a Justice Department news release, Hanes agreed in the plea agreement to a sentence of life in prison without the possibility of release. Hanes allegedly shot and killed Hatch police officer Jose Chavez on Aug. 12, 2016, and the firearms and carjacking charges stem from Hanes’ attempt to evade arrest after the shooting.

“The U.S. Attorney’s Office has made a commitment to prosecute those who seek to harm the courageous officers who put their lives on the line to protect us and safeguard our communities whenever there is federal jurisdiction to do so,” said Acting U.S. Attorney James D. Tierney. “This federal prosecution is part of that commitment, and today we begin the process of holding Jesse Denver Hanes accountable for the federal crimes he committed during his extremely violent crime spree on Aug. 12, 2016.”

“Whenever a brave police officer like Jose Chavez dies in the line of duty, everyone in the law enforcement community feels the loss,” said Special Agent in Charge Terry Wade of the FBI’s Albuquerque Division. “Officer Chavez’s sacrifice has inspired all of us who wear the badge to renew our resolve to serve and protect our nation. I am grateful to the many FBI agents and staff, along with our law enforcement partners and prosecutors, who worked tirelessly on this case to make sure justice was done.”

On Aug. 12, 2016, Officer Chavez pulled over a vehicle driven by Hanes in a routine traffic stop. Hanes, who was with two other men, then allegedly shot Chavez in the upper torso during the traffic stop. Chavez would later die from the gunshot wound.

After fleeing the scene, Hanes then attempted to carjack two people at a rest stop near Radium Springs, New Mexico. Hanes brandished a firearm at the individuals and then carjacked another man’s vehicle, first shooting the man in the leg and then driving away in the man’s vehicle.

Deputies of the Doña Ana County Sheriff’s Office arrested Hanes later the same day and found the handgun Hanes had used in his crimes.

Hanes is also facing first-degree murder charges in New Mexico state court related to the murder of Chavez and has also been charged with murder in the state of Ohio.