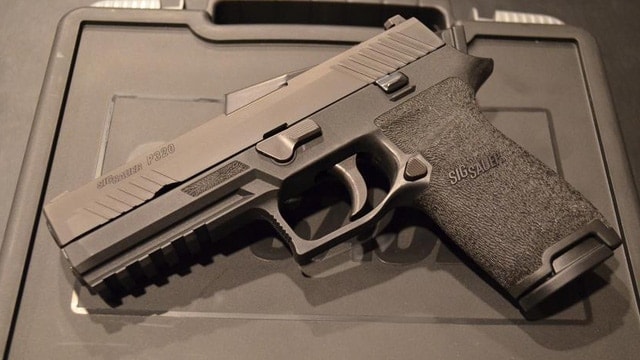 The Santa Barbara County Sheriff’s Office has contracted Sig Sauer for its next duty weapon, the New Hampshire gun maker said in a statement Wednesday.

The office opted for the Sig P320 pistol, the same model selected earlier this year by the U.S. Army as its standard sidearm.

Santa Barbara sheriff’s Cmdr. Sol Linver said his department was impressed by the performance of both the 9mm and .40-caliber models when they tested Sig weapons.

“We were literally one week away from selecting a competitor’s pistol when Sig Law Enforcement Representative Tony Levatino visited us,” Linver said in the statement, adding his department looks “forward to a long and rewarding relationship with Sig Sauer.”

Founded in 1850, the department, located along the central coast of California, is one of the oldest law enforcement agencies in the state. Today, it is comprised of more than 700 employees and 200 volunteers.

Sig representatives echoed the excitement, boasting about the company’s expanding success. “We are proud to add such a well-recognized agency as the Santa Barbara County Sheriff’s office to the fast-growing list of law enforcement agencies adopting the Sig P320,” said Tom Jankiewicz, executive vice president of the company’s law enforcement sales.

In January, the Army selected a variant of the P320 to replace the Beretta M9, the longstanding pistol used as the military’s official sidearm. Sig’s striker-fired pistol was introduced in 2014. It features a modular design that allows users to change the trigger group, allowing the shooter to transform the size and caliber of the pistol.

Yet, Sig has recently become the subject of controversy. The state of New Jersey filed suit against the gun maker over a different handgun design — the P229 — the company provided to fill a contract. Sig’s attorneys dismiss allegations about a defect and contend the department used improper ammunition. The case is ongoing.