A gun with a great butt (stock): The AR-7 Survival Rifle (VIDEO)

Capable of being disassembled and stored in the .22LR rifle’s floating plastic stock, the Henry U.S. Survival is as handy as it is capable.

The Eugene Stoner-designed  AR-7, well known for its almost magical take down abilities, made cameos in at least two different Bond movies as well as in the Get Smart television series in the 60s as a high-tech spy gun. This, and the fact that its a 3-pound backpack gun, kept its appeal alive and made it a decent enough seller for ArmaLite that it kept the company afloat (see what we did there) even after they sold off their big money maker, the AR-15, to Colt.

Made by numerous companies since then, the guns are currently in production by Henry Arms, which is the version that Eric at IV8888 got his hands on in the above video. And as a bonus– they even prove the thing will tread water!

But then again, you came here for a view of that sweet stock, didn’t you? 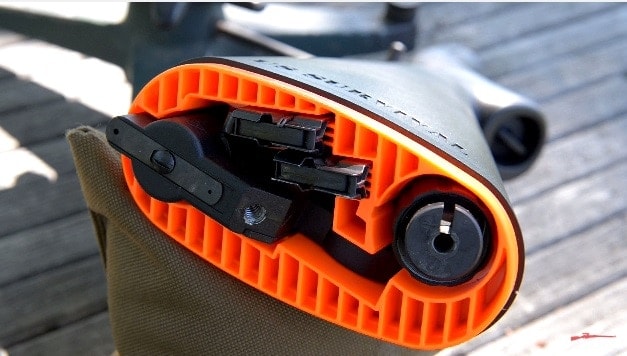