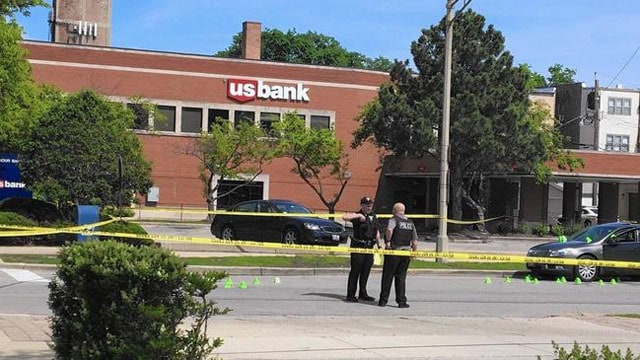 A 16-year-old boy is dead after he allegedly tried to rob a man outside of a bank in the Oak Park area of Chicago Saturday morning.

Police say it appears the teen, who was armed with a gun, approached the 24-year-old victim just after 11 a.m. intending to commit a robbery. However, the would-be victim was also armed and an exchange of gunfire occurred.

The teen, who was identified as Damon Phillips, was shot multiple times in the chest and fled the scene in a waiting car. He later showed up at an area hospital where he was pronounced dead about half an hour after the attempted robbery. It wasn’t immediately known how Phillips got to the hospital or whether there was a second suspect involved.

The victim, who authorities confirmed has a valid permit to carry a concealed weapon, was not injured.

No charges have been filed at this time, although the incident remains under investigation.