FBI in Chicago: We’re looking for 'trigger-pullers and shot callers' 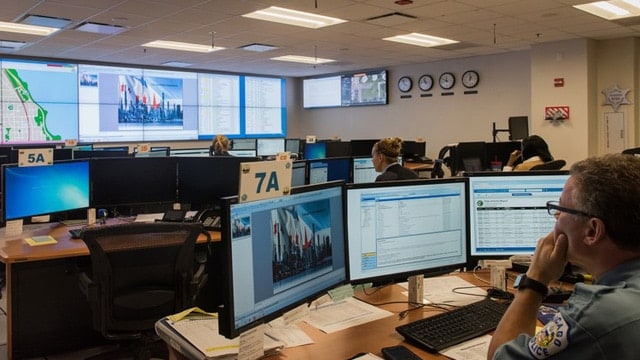 Gun violence in Chicago is dipping slightly compared to last year, and while many factors play into the number of shootings and killings that happen week in and week out, officials with the FBI and the Chicago Police Department say their partnership is getting results.

As America remembers her fallen warriors each Memorial Day, in Chicago, the unofficial start to summer sets the stage for the city’s most violent season. This year, there were 52 people shot citywide, and seven of them died. Last year, there were 71 shooting victims in the Windy City. In the Harrison District on the West Side, there were no reported shootings over the holiday weekend – a stark contrast to the 21 shooting victims there last year.

Harrison, and the Englewood District on the South Side, are two police districts that have seen a significant reduction in gun violence since the FBI and the Chicago Police Department formed a homicide task force last year, according to a report released by the FBI on Tuesday.

“We are making some real positive gains,” said Chicago Police Superintendent Eddie Johnson. “By no means are we declaring success, but we have seen some really encouraging results.”

In addition to the task force, the FBI is working with CPD on community outreach efforts aimed at gaining the public’s trust — something that’s been strained in Chicago in the wake of the October 2014 police shooting of Laquan McDonald, which fueled countless demonstrations and set off a federal investigation. The FBI is also helping with better intelligence gathering efforts aimed at identifying shooters and so-called “directors of violence.”

“We get real-time intelligence from the FBI that we didn’t get before,” Johnson said. “They can look at our crime picture and help us figure out where to best deploy our resources.”

“We are specifically going after the trigger-pullers and shot-callers,” said Michael Anderson, special agent in charge of the Chicago Division.

Johnson said when he started working as an officer in the late 1980s, there were far fewer gang members serving as trigger-pullers.

“Based on what I’ve seen over the last year,” one FBI agent said, “these guys are carrying around guns as if it’s a symbol of their pride or who they are — and the bigger the gun, the better. We are seeing handguns with extended magazines and ammunition drums attached. It’s like guns are a part of them, a part of their culture. And they are not afraid to use them.”