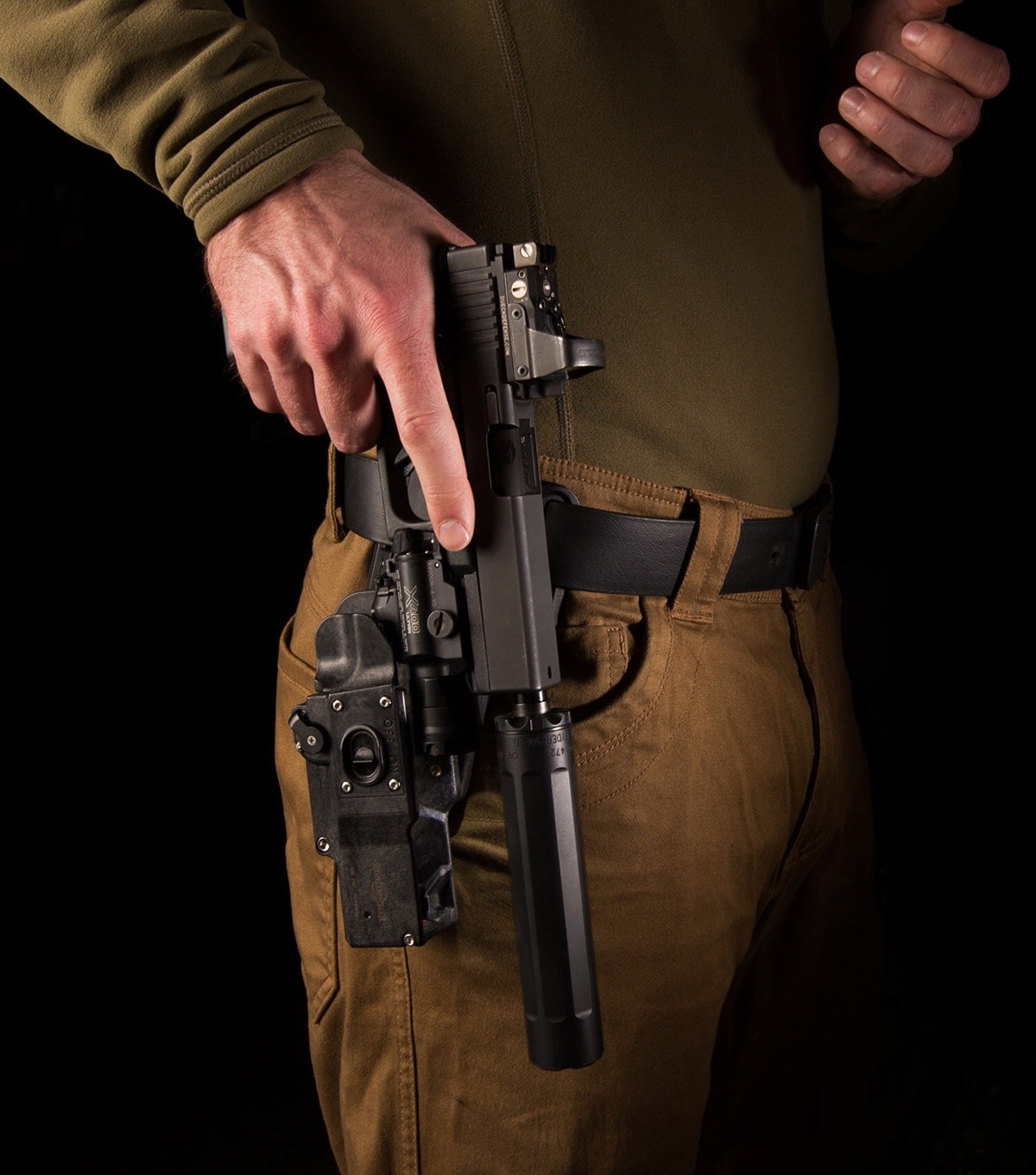 The MasterFire system holds SureFire’s Weaponlight instead of interfacing with the gun. (Photo: SureFire via Outdoor Wire)

The Masterfire’s open top design allows users to holster almost any handgun configuration, including those with suppressors and red dot sights. The company says a proprietary lug-and-cam system locks the weaponlight and gun into placed with level III retention.

Unlike traditional holsters which securely hold the weapon itself, the Masterfire opts to interface with SureFire’s H-Series Weaponlight instead of the gun. The company says this design positions any H-Series Weaponlight mounted gun at an advantageous angle for quick draws.

SureFire equipped the holster with a light-activation switch which can be set to automatically activate the weaponlight or laser when the gun is drawn. SureFire says the function saves times in high-stress situations and allows for easier one-handed manipulations.

The rig is customizable, outfitted to fit most hand sizes due to two included release-button adapters. The system is also adjustable to fit up to 2 1/2-inch duty belts.

The MasterFire is available from SureFire with a price tag just under $170.