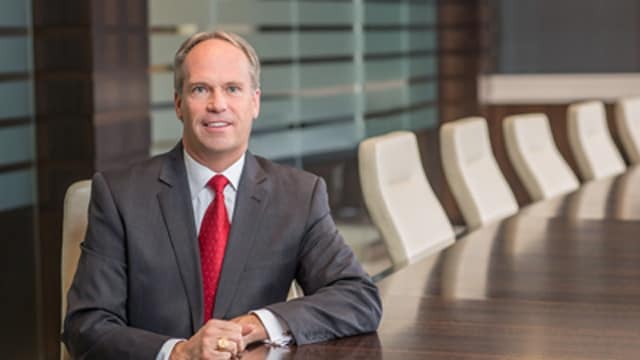 “I don’t have any real concerns about the long-term health or strength in outdoor recreation or shooting sports,” said Mark DeYoung, CEO for Vista Outdoors, during a May 8 conference call with investors. “I think we are going to see that return.”

Sales dropped nearly 12 percent from the company’s third quarter results, which encompassed the election and the holiday shopping season. DeYoung said it will take several more months for inventory levels industry-wide to balance out — a side effect of President Donald Trump’s unexpected win last year.

“As we mentioned previously… the wholesale distribution channel in particular stocked up on additional inventories in anticipation of a different outcome in that election, which would’ve driven heightened demand for a lot of shooting sports product,” he said. “That inventory remains high with most of our functional wholesalers and it’s going to take some time to work that out.”

He said market softness will likely continue through the fall as consumers prioritize handgun and modern sporting rifles purchases — some of which have been discounted to prices DeYoung hasn’t seen in “many, many years” — over accessories.

“They seem very much to be taking their discretionary income and still putting it in that hard good,” he said. “I think people even in this economy, I think there’s a lot of uncertainty …and people have just chosen, it appears, to take advantage of that discounting in firearms.”