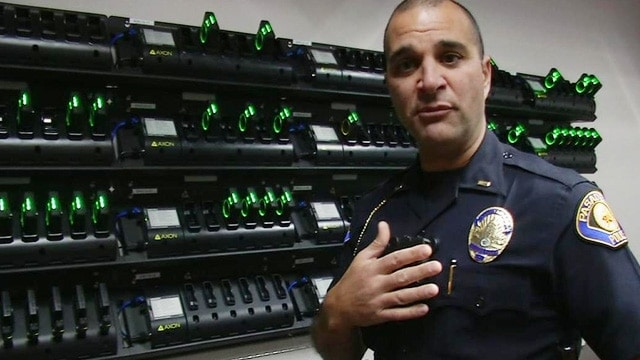 A police lieutenant in California who’s home was raided earlier this year may have been selling firearms on a popular online gun forum for the last four years, possibly violating state and federal laws that prevent officers from turning a profit for certain gun sales.

Federal authorities seized 57 guns from Pasadena Police Lt. Vasken Gourdikian’s Sierra Madre home in February, at least 18 of which were so-called ‘off-roster’ guns. According to the Los Angeles Daily News, an account on the Calguns website with the handle “vgourdik” posted dozens of ads to sell guns.

From 2013 until earlier this year, vgourdik posted more than 70 times offering to sell guns and gun parts, including 15 rifles and 47 pistols. At least 63 of the listings were later flagged as “sold.”

“I’m listing for an LEO (law enforcement officer) friend who qualified twice with it and carried it less than six months,” vgourdik wrote in a Calguns post offering up a Sig Sauer .45 caliber pistol. “Comes with 10 magazines which is about 200 dollars alone..Great value please pm and I can place you in touch with seller.”

Most listings were edited to remove the price after the guns were sold. But the 21 posts where the asking price was left in totaled nearly $31,000. Of the 70 total listings, 43 of them offered to sell off-roster guns.

In California, there’s a roster of handguns that residents can legally buy. If you’re a police officer, however, you can buy guns that aren’t on that roster — thus ‘off-roster’ guns. Cops can sell these weapons to civilians as long as they aren’t trying to turn a profit. They’d need a Federal Firearms License to do that. Gourdikian didn’t have one of those.

He hasn’t been charged with anything, and the ATF isn’t providing many details about the investigation. Gourdikian is on paid leave pending an internal investigation and has declined to comment since the February raid.

On Wednesday, the San Gabriel Valley Tribune reported that Pasadena Police Chief Phillip Sanchez signed off on at least four waivers for Gourdikian, allowing him to bypass the 10-day waiting period on the purchase of several pistols. Gourdikian acquired seven total waivers from the department. Five guns associated with the waivers were recovered during the federal raid, but the whereabouts of two others are unknown. Six of the waivers were for off-duty use and were not intended for resale.

“All I can say is that in a comparison of the firearms noted in the letters that were released to you yesterday vs. the ATF list, there is a known discrepancy,” said Pasadena Spokesman William Boyer in an email to the paper. “Due to the federal and PPD investigations, I cannot say anything more about the firearms.”

In late March, just six weeks after Gourdikian’s home was raided, Eric Harden, the ATF’s special agent in charge in Los Angeles, issued a memo to police agencies throughout the state of California. He warned officers that they’d be violating federal law if they bought off-roster and crime scene guns and then tried to sell them for a profit without a license.

“It is our goal to educate, not investigate, to ensure law enforcement officials comply with federal law in order to avoid unnecessary public embarrassment,” Harden wrote, adding “when presented with compelling evidence of flagrant violations of federal firearms laws, ATF is obligated to conduct a criminal investigation.”