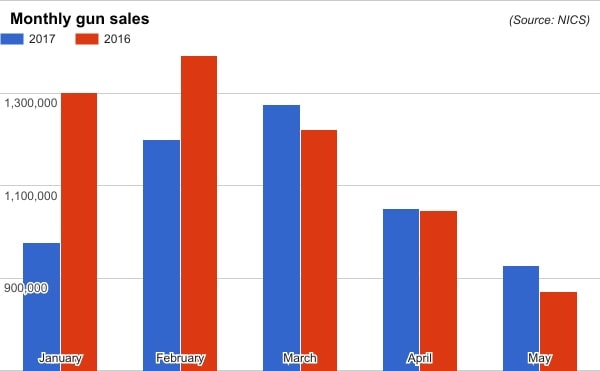 National gun sales have continued to resist the slump predicted to ensue after Republicans took control of the White House and both chambers of Congress, according to federal data published Thursday.

May saw a 6 percent increase in estimated gun sales from last year, making it the biggest May on record for sales, according to an analysis of the monthly report published by the National Instant Criminal Background Check System, which the industry uses as a proxy measure for gun sales.

While gun sales were up, permit checks decreased by just over 2 percent. Yet, that figure is still significantly larger than any previous year — 39.6 percent higher, in fact, than permit checks for 2015.