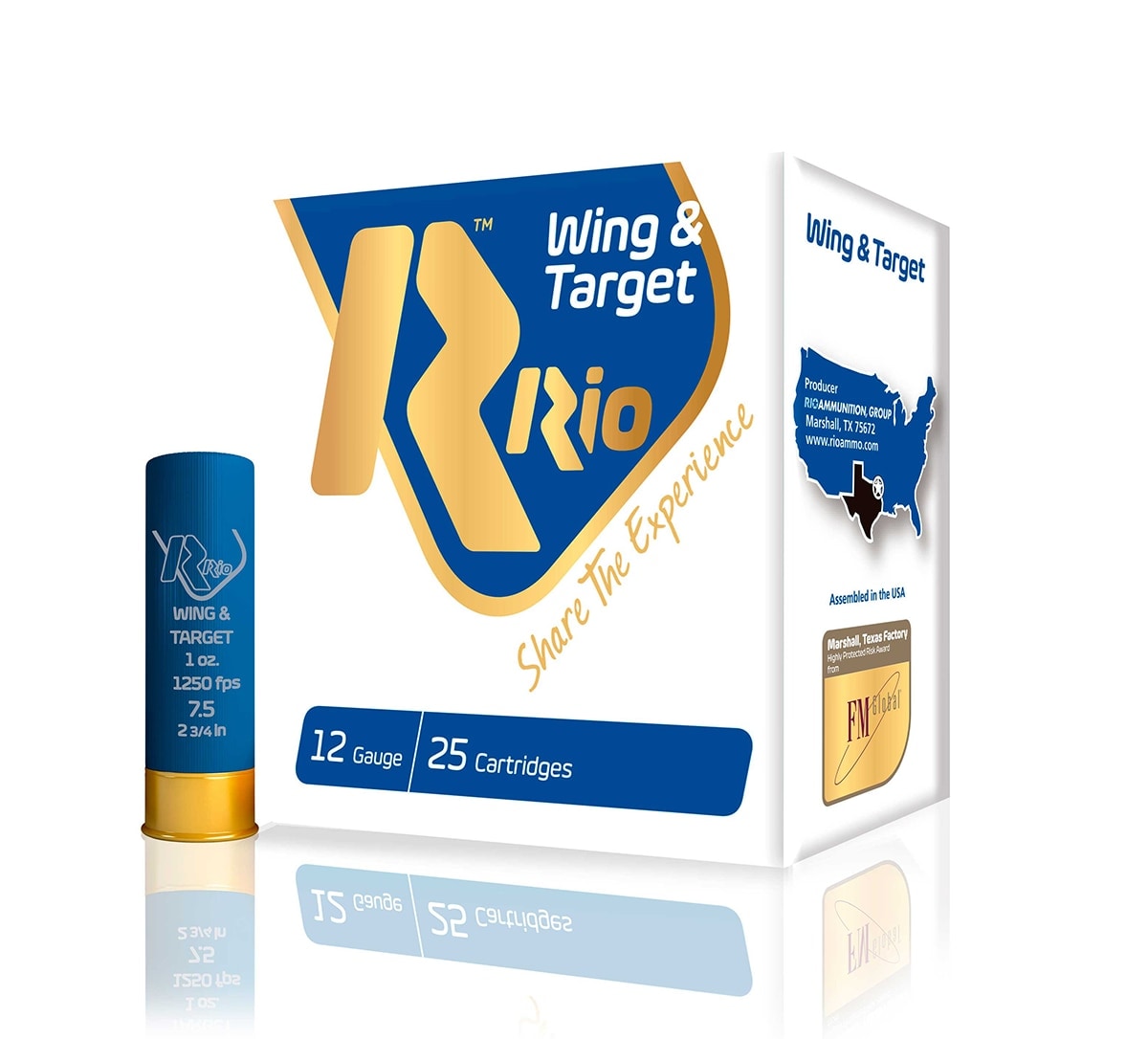 The Wing & Target series, offered in 12-gauge, offers a 1-ounce, #7 1/2 shell designed to work alongside a variety of shotguns, including over-unders and semi-autos.

Produced at 1,250 feet per second, the shotgun shells are constructed to meet the needs of the sporting shooter as well as the casual hunter. Rio says combining quality components from both its targeting and hunting series of shotgun shells allowed for the creation of the multipurpose cartridge.

“When we started developing our Wing & Target line we went to the drawing board to create the one load we would want to shoot both in the field and at the range,” Bryan Bornes, product marketing manager for Rio, said in a statement. “We are all shooters at the end of the day and were determined to create a quality, yet affordable, cartridge that everyone could enjoy.”

He added. “We are eager to get this new line out in the field.”

There’s no word yet on exactly how affordable the ammunition will be, but Rio’s other target load lines start around $0.21 per round.