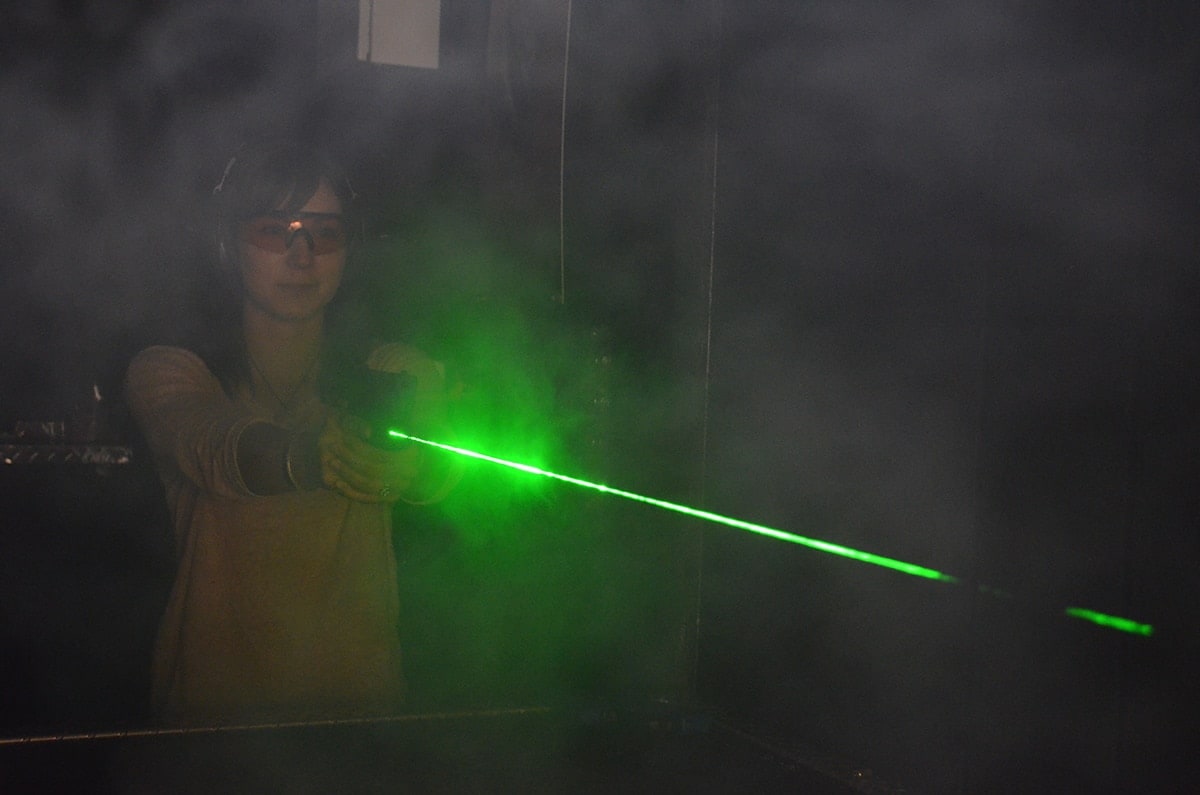 Available in red or green, these lasers allow gun owners to effectively shoot from unorthodox positions, such as lying on one side or shooting from behind cover. They also boast the additional benefit of being easily seen in low light and no light shooting situations, a pro that traditional sights lack.

Green lasers are nothing new to the industry, introduced to the commercial market several years ago, but they’ve continued to gain in popularity and now many laser accessory companies tout models in both red and green. What makes green the trendier option and why are consumers willing to throw down more cash to own one?

Before delving into the pros and cons of green beams, it’s important to understand how laser technology even works.

Regulated by the Food & Drug Administration, laser makers are restricted to producing visible lasers with an output of no more than 5 milliwatts. These lasers are classified as Class IIIA and are deemed “eye safe” — meaning, if a person stares at one, the brain will trigger the blink reflex before any damage to the retina can occur.

How does this effect red and green?

Though both color options are restricted to the same 5mW output, green appears brighter due to the make-up of the human eye. The eyes’ photoreceptors, the rods and cones located in the retinas, are more sensitive to light in the green wavelength of 520 to 570 nanometers; therefore humans perceive green as brighter because the photoreceptors are easily stimulated by this wavelength. 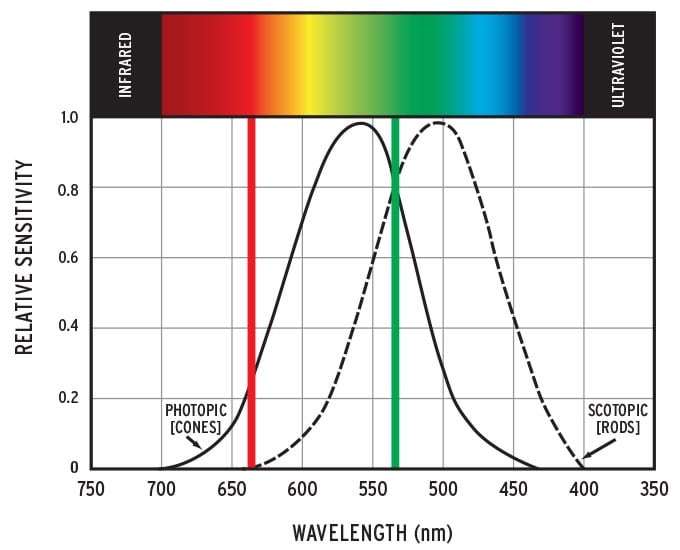 The chart above shows green landing in the center of the relative sensitivity/ wavelength spectrum. (Photo: Crimson Trace)

“Side-by-side, a green and red laser will result in a green laser that is easier to see during bright conditions,” LaserLyte’s Dusty Gibson told NRA Family. “During low light conditions both are extremely effective.”

Green lasers boast brighter results, however they are extremely temperamental. Unlike red lasers, the only way to generate a green laser beam is through a complicated process that requires converting a high power IR beam to visible green. The process starts with 100 to 300 mW of power which must be tempered down to a 5mW beam. Excess energy is not emitted as light therefore, thanks to Thermodynamics, it emerges as heat. Heat is not a diode’s friend. When a diode gets hot, it shuts down.

The process for red lasers is much simpler as a red diode produces a red beam. There’s no conversion, therefore no excess heat. Red lasers are not in danger of overheating or frying the diode. This simplistic approach equates to less dollars in production and that translates as a cheaper price tag for consumers.

“Red lasers and the diodes that make red lasers are typically pretty dependable and pretty stable. That’s why you see them most of the time,” Matt Meyers, president of B.E. Meyers told Guns.com in an April interview. “Green lasers can be a little trickier depending on what power you have. Green lasers are more temperature sensitive and they’re more difficult to manipulate in certain circumstances overall. Sometimes that’s why you’ll see them cost a little more.”

A quick look at several laser manufacturers’ website revealed anywhere from a $50 difference to upwards of $100 between red and green models. Despite the higher price, consumers seem willing to throw down extra cash for the green beam.

“Green technology is more expensive than red to produce,” Michael Faw of Crimson Traceexplained to Guns.com in an email. “Customers spend more for green because it is sometimes easier to see during daylight.”

Better visibility, it seems, is worth the extra dough.