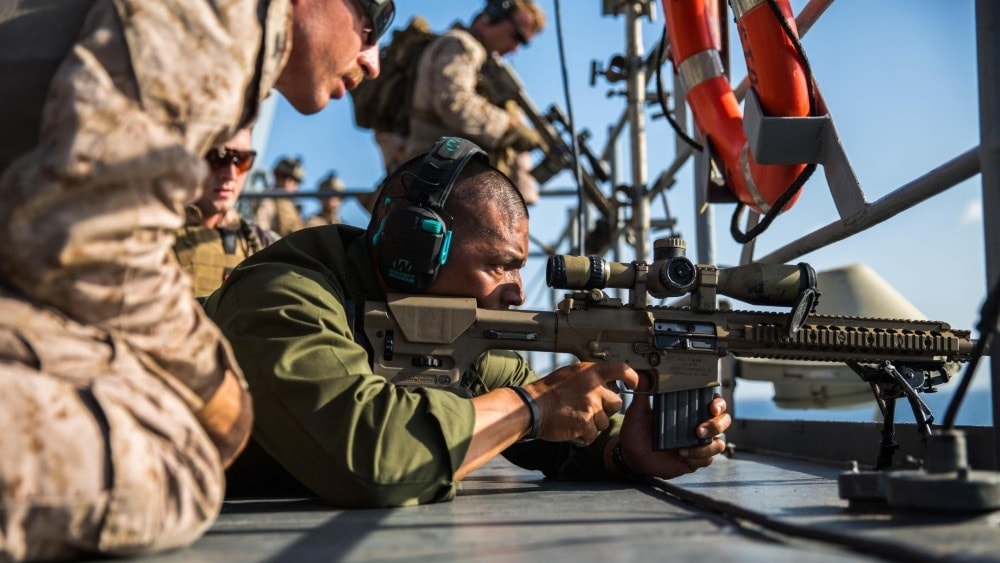 The military already uses a number of 7.62mm rifles such as the M110 Semi-Automatic Sniper System and the legacy M14, but wants to know what else is out there. (Photo: Cpl. Devan K. Gowans/U.S. Marines)

The Army Contracting Command at Picatinny Arsenal has requested information from the gun industry on potential sources for a new .30 caliber service rifle.

The RFI for what the Army has termed the Interim Combat Service Rifle was posted last week for rifles that are readily available on the commercial market.

“Modified or customized systems are not being considered,” says the request plainly

Among the desired attributes for the new gun is that it is chambered in 7.62x51mm NATO, has a 20-round detachable magazine, comes in both 16- and 20-inch barrel options with a muzzle device that can accept flash compensators and sound suppressors, and has a collapsible or foldable buttstock.

Importantly, the rifle needs to be three-position ambi select-fire with a capability for full-auto.

Other requirements, such as the capability to accept optics and bipods, and an unloaded weight of fewer than 12 pounds further limit the field of possible competitors.

Those submitting information must be able to provide the lead time required to produce both five rifles and 10,000 rifles, each with a full set of accessories.

The solicitation comes as the military is embarking on an ambitious set of small arms replacement programs including the Army’s XM17/18 Modular Handgun System, and an effort to acquire a number of new general purpose machine guns in .338 Norma Magnum, while current platforms are coming under fire.

Last month, retired Army Maj. Gen. Robert H. Scales testified before the Airland Subcommittee of the Senate Armed Services Committee, blasting the current M4 platform while calling for an open, one year competition to develop a new and more effective rifle as part of the 2018 National Defense Authorization Act.