Businessman sentenced to life for shotgun murder of female acquaintance 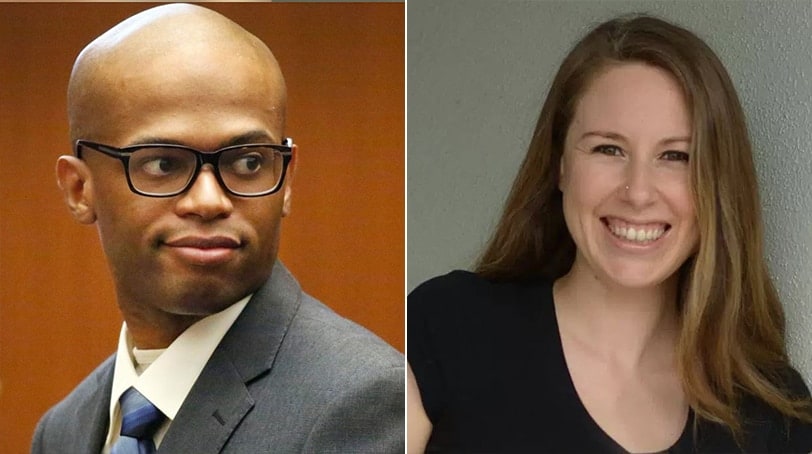 Ezeoma Chigozie Obioha, left, was sentenced to life in prison without the possibility of parole Monday for the 2015 shotgun slaying of Carrie Jean Melvin while she was walking to a restaurant with her boyfriend in Hollywood. (Photo: LA Times / Facebook)

A California businessman was sentenced to life in prison Monday for fatally shooting a woman in the face with a shotgun two years ago, the Los Angeles Times reported.

Thirty-two-year-old Ezeoma Chigozie Obioha reportedly approached the woman, Carrie Jean Melvin, 30, with a Mossberg 12-gauge while she walked with her boyfriend to a restaurant in Hollywood on July 5, 2015.

Obioha had romantic feelings for Melvin, which she didn’t return, and it was after she filed a complaint that the businessman owed her a little more than $1,700 for social media marketing she’d done on behalf of his clothing company that he decided to confront her, according to prosecutors.

The morning after the shooting, a young boy found the murder weapon on the beach in Malibu under a rock. Obioha was arrested 18 days later.

His defense attorney during the trial said the weapon was planted and that Obioha tried paying Melvin a portion of what he owed her, but the $1,620 check bounced.

Last year, a jury found Obioha guilty of first-degree murder with the special circumstance of lying in wait and murder for financial gain, which tacked additional penalty onto his sentence and removed the possibility of parole, according to the Los Angeles District Attorney’s Office.