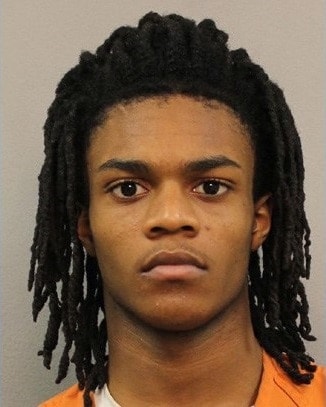 A Nashville man pleaded guilty Thursday to federal charges related to a series of 2014 shootings and could now be facing 35 years in prison.

According to a Justice Department news release, 23-year-old Calvin Starks pleaded guilty to crimes including using a firearm to commit a crime of violence resulting in death; conspiracy to commit robbery and extortion; and conspiracy to tamper with a witness.

The plea agreement specifies that Starks and his cousin, Darryl Starks, shot Joshua Woods on Oct. 16, 2014, in the J.C. Napier neighborhood of Nashville, Tennessee. Woods survived the shooting, in which the Starks cousins fired 16 rounds, and was later threatened and bribed by Darryl Stark’s mother, Ivy Starks, to try and prevent him from testifying against the cousins.

Calvin Starks was also involved in the Nov. 26, 2014, robbery of Brendon Leggs. Starks and partner Terrance Kimbrough attempted to steal drugs and money from Leggs and then shot and killed the man as Leggs tried to drive away.

Bullet casings recovered from the Leggs shooting matched 9mm casings at another shooting three days earlier in which Starks was also involved, according to authorities.

In the aftermath of the Leggs shooting, Starks and Kimbrough tried to track down a man named Monte Watson, whom they feared had witnessed the shooting.

Starks was arrested on Dec. 1, 2014, for possessing cocaine and made comments during a jail phone call about wanting to silence Watson.

Terrance Kimbrough then allegedly shot and killed Watson on Dec. 3, 2014, and has been charged with that murder, as well as the attempted robbery and killing of Brandon Leggs.

Darryl and Ivy Starks have already pleaded guilty to related charges and Kimbrough is awaiting trial.

The Metropolitan Nashville Police Department and Bureau of Alcohol, Tobacco, Firearms and Explosives investigated the case.