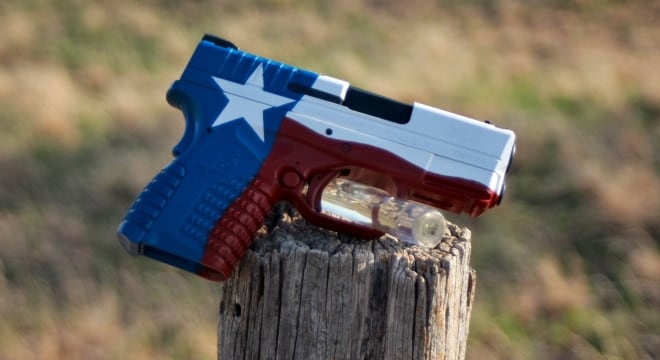 With two bills pushing permitless carry left on the table in the Texas House this session, Second Amendment advocates want Gov. Greg Abbott to step in and call lawmakers back.

House Bills 375 and 1911, which would have allowed Texans legally able to possess handguns to carry them without first having the mandated training or obtaining a license, never made it to a floor vote. Left moldering through what some say are shenanigans by Republican leaders, Open Carry Texas has started a petition to get lawmakers to address the issue directly through a special session.

The Change.org petition, started last week, asks Abbott to “convene a special session of the Texas Legislature for the sole purpose of passing constitutional carry,” arguing over 100,000 have “signed petitions, made phone calls, written emails, testified before relevant committees, and personally visited their elected representatives,” in support of such legislation.

The organization has about 33,000 followers on social media and thus far the petition has 1,025 supporters as of Monday morning.

Gun control groups contend they also have a block of voters in the state who oppose the measures and say they have driven “thousands of calls and digital messages to state lawmakers” while taking out full-page ads in the Austin-American Statesman calling for lawmakers to oppose permitless carry legislation.

“We are grateful that our lawmakers have rejected a slate of dangerous policies that would have threatened public safety in Texas,” said Lisa Epstein, with Moms Demand Action in a statement. “We know that our LTC system serves as a vital tool used by law enforcement to keep our neighborhoods safe.”