Dispatches from gun country: 'I was 9 years old when I became infatuated with guns' 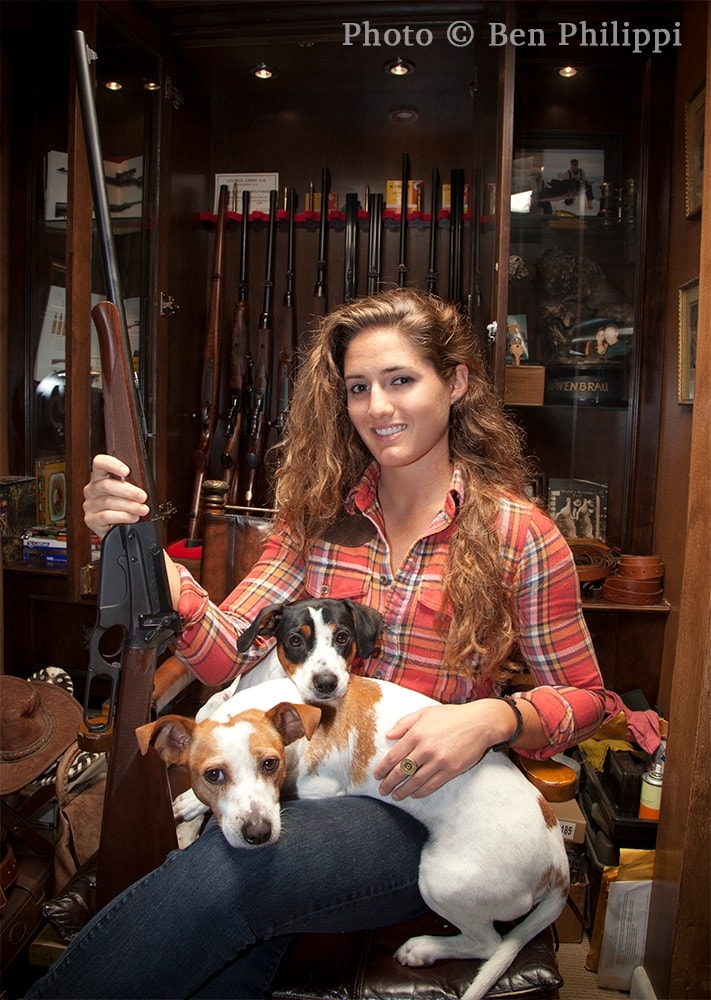 Regis Giles was introduced to guns at a young age. As as result, she developed a healthy relationship with them. Now as a young woman, she has a brown belt in Brazilian Jiu-Jitsu, she’s a hunter, an NRA columnist and a business owner. She’d like to see more females get involved with the shooting sports.

I was 9 years old when I became infatuated with guns after my dad decided to take me to the gun range to shoot his .22 rifle. I remember being terrified and
dreading the ‘recoil’, but as I squeezed the trigger and the gun went off, I thought to myself, ‘This is freaking awesome!’ From that moment on, I knew I wanted more.

My next encounter with a gun was at target practice for a wild boar hunt I was about to partake in – my first hunt ever! The .30-30 Marlin had a little bit more
of a kick to it than the .22 did, but I didn’t mind at all. I was ready to tackle the beasts of the wild and bring home some bacon (literally).

After that initial blood baptism, I knew I had been bit by the hunting bug. From the thrill of the hunt, to being away from the concrete jungle and shooting things that go ‘BOOM’, I loved everything that hunting had to offer.

This love affair has taken me far and wide, from Alaska to Africa, and has allowed me to tread on land that most humans have never seen before. I count myself incredibly blessed to have had those experiences.

Hunting also played a major role in exposing me to a variety of firearms, everything from those ‘ugly black guns’ to the finely etched, blue barreled double
rifles.

As you can imagine, a hobby like mine can cost quite a bit, so at around the age of 18, I started my own company called GirlsJustWannaHaveGuns.com to help finance my ‘addiction’.

What started off as a T-shirt idea – designing and selling products that had my logo on them – transformed into something bigger than I could have imagined.

Combining my training from a young age in Gracie Jiu-Jitsu by the Valente Brothers, and my knowledge and love of shooting, I decided to use
GirlsJustWannaHaveGuns.com as a platform to encourage women to learn how to defend themselves.

GirlsJustWannaHaveGuns.com has grown exponentially, becoming a successful site. And all of this pointing back to that first day at the gun range.