Rock Island Auctions has a bunch of 1903 rifles in its upcoming Regional Auction, including one that kinda hosed off President Theodore Roosevelt at the time.

Among the offerings is a U.S. Springfield Model 1903 rifle manufactured with the unique early (serial #507) “rod bayonet” adopted by the Army at the time. These are super rare because, while 74,000 were made in this variant between November 1903 and January 1905, they were soon retrofitted to carry a knife-style bayonet instead — leaving few surviving unmodded examples out there. 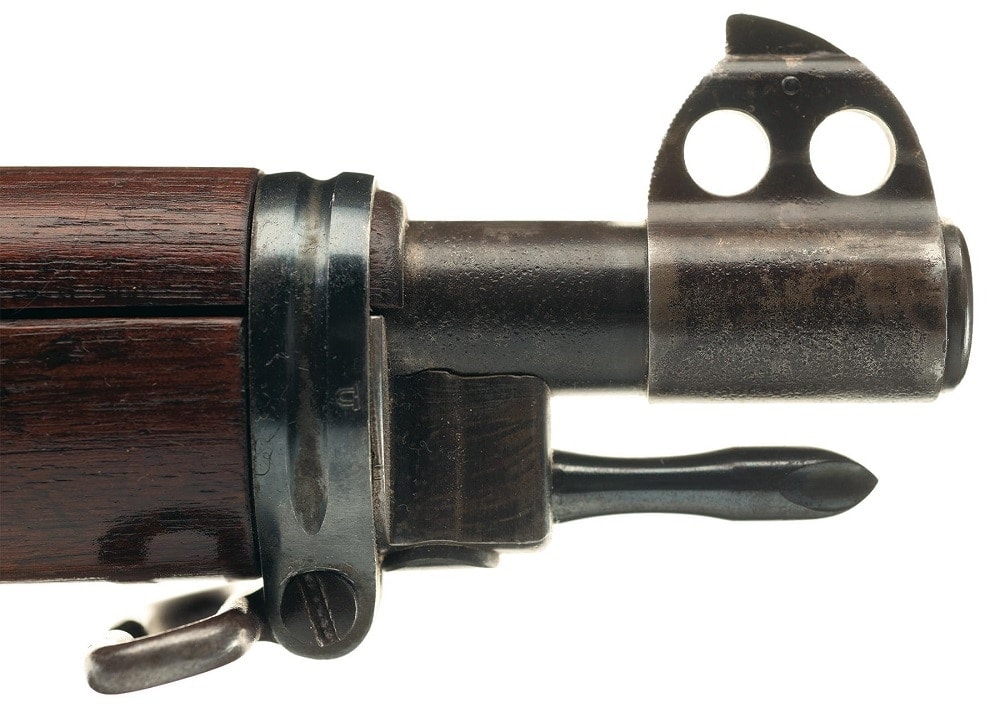 The bayonet is part of the rifle, attached sort of like a cleaning rod is in other designs. (Photos: RIA)

Why did the Army do such a quick about-face?

You see, Roosevelt, a conservationist and big game hunter who settled for being president after stints as New York City Police commissioner, assistant secretary of the Navy and an Army colonel in the Spanish-American War, knew a thing or three about firearms. So when he saw what the Army ordnance guys came up with for the original bayonet design of the M1903 rifle — a flimsy screwdriver-looking rod bayonet — he wasn’t impressed. 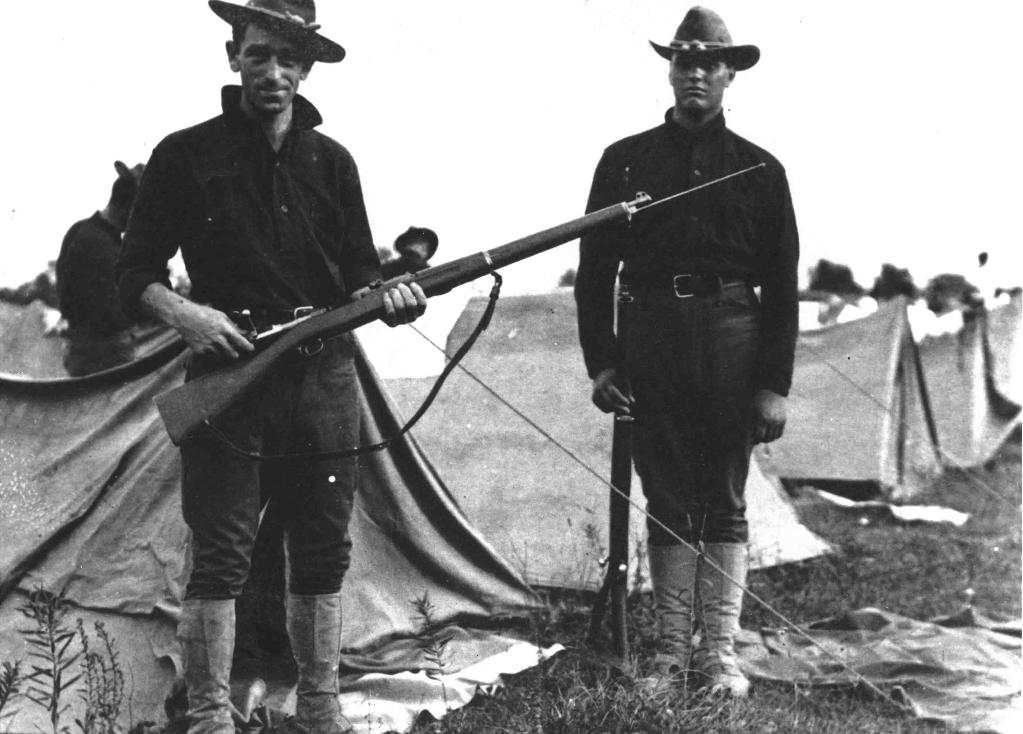 Troops with an early M1903 and the controversial rod bayonet

In a two-page letter to the Secretary of War, he opened by saying, “I must say that I think that ramrod bayonet about as poor an invention as I ever saw. As you observed, it broke short off as soon as hit with even moderate violence. It would have no moral effect and mighty little physical effect.”

Thus endeth the Army’s flirtation with the rod, as it soon switched to a more traditional and warlike knife bayonet — the type still carried today by the DOD.

If the Rod Bayonet ’03 is too rich for your blood, RIA has over 100 vintage M1903s up for grabs as low as $700 including Springfield Mark Is, Remington and Smith Corona 03A3’s, National Match guns, a Hoffer-Thompson training rifle, and even a Model 1903A4 Sniper with a commercial Weaver K3 scope and leather scabbard.

Yup, perfect to clear the route out of Dog 1 with :