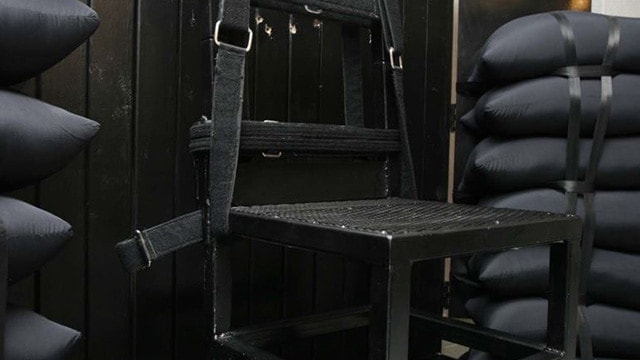 With a stroke of his pen, Mississippi Governor Phil Bryant legalized death by firing squad in early April to little fanfare.

Bryant made it clear he supported House Bill 638, which gives the Magnolia State options for capital punishment. But he quietly signed the bill eight days after it passed both chambers of the legislature, and it went largely unreported.

“Gov. Bryant favors the efficient administration of the death penalty in Mississippi,” said spokesman Clay Chandler in an email to Guns.com this week. “He believes House Bill 638 will help with that, so he signed it.”

The law makes fusillading the last resort for the state, behind lethal injection, nitrogen gas, and electrocution, in that order. Inmates would only face the firing squad if the first three options are held unconstitutional, or are “otherwise unavailable,” according to language in the law.

Mississippi joins Utah and Oklahoma on the short list of states that allow death by firing squad. Last month, a Georgia man’s request to die by firing squad was shot down. Lawyers for J.W. Ledford, Jr. argued there was “substantial risk” that he’d be aware “as he drowns in his own saliva” from a lethal injection.

“You can kiss my white trash ass,” Ledford said as he smiled just before he died. The state had injected him with the barbiturate pentobarbital.

The last death by firing squad in the U.S. came nearly seven years ago, on June 18, 2010, in Utah. Ronnie Lee Gardner, a convicted murderer, was able to choose the method of execution.

In Mississippi, there are 47 people on death row. The state hasn’t executed anyone since June 2012.