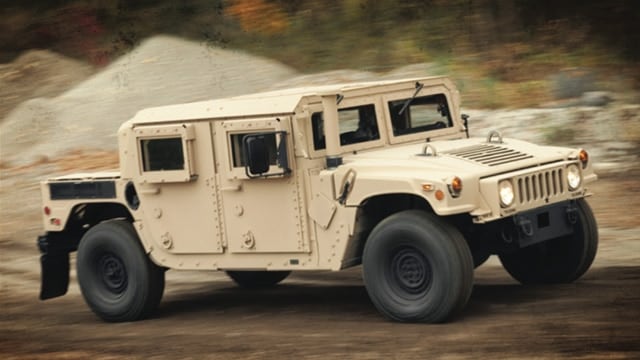 Prosecutors say Bollinger stole the High Mobility Multi-purpose Wheeled Vehicle, Model M1165A1, on March 18. The Humvee was taken from the National Guard Armory in Northeast Ohio, according to WJW-TV. Authorities say they cut through a fence and were able to bypass all the locks on the vehicle.

Prosecutors say Bollinger and Thompson had the vehicle from March 19 to March 24, and they were planning to “convert said property to (Austin Bollinger’s) own use, knowing said property to have been stolen,” according to the indictment.

The M1165A1 is a 12,100-pound, armored, four-man vehicle with an optional weapons mount that can be sling-loaded by helicopter. It provides “superior protection for crew, weapons components, and ammunition,” according to the makers of the Humvee. It has gapless mine and ballistic protection, as well as air conditioning for “greater crew comfort.”

The FBI and the Ohio State Highway Patrol were responsible for the investigation that led up to the indictment.