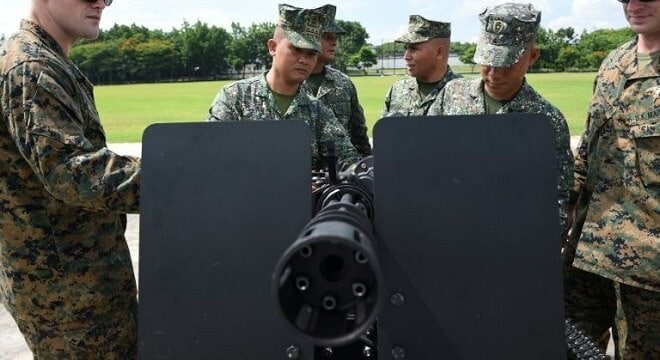 In order to better tackle terror groups in the archipelago nation, the U.S. military has turned over everything from Glocks to miniguns in the past few weeks.

Announced Monday by the U.S. Embassy in Manila, representatives from the Joint U.S. Military Assistance Group made the handover of the new equipment to the commandant of the Philippine Marine Corps official in a transfer ceremony at the Marines’ headquarters on Monday. 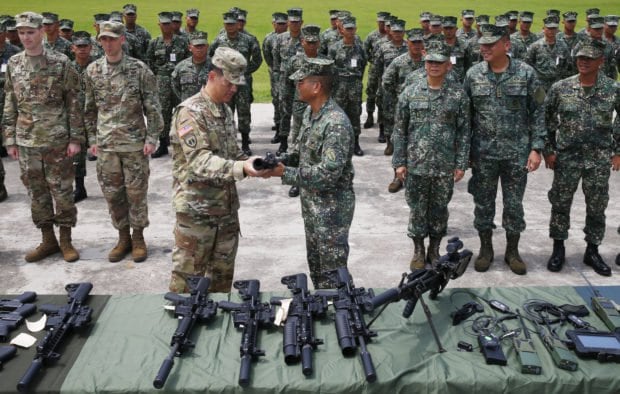 U.S. and Philippine forces are just coming off of Balikatan 2017, an annual excercise that comprises missions ranging from disaster relief to counterterrorism. The two allies, linked by a joint defense pact since 1951, have conducted the exercise for the past 33 years. 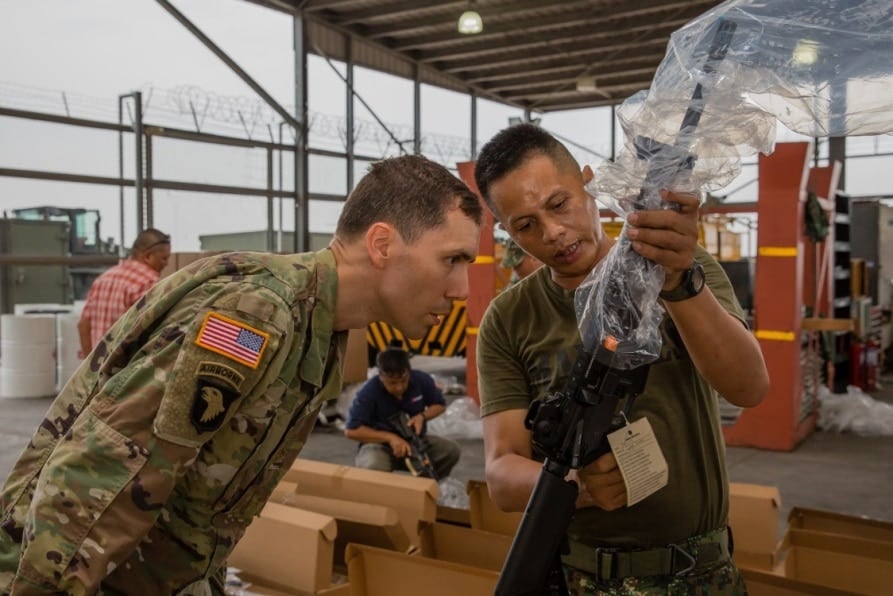 The Philippine Marine Commandant, Maj. Gen. Emmanuel Salamat, said at the ceremony the weapons would be used in the ongoing battle against Islamist militants in the southern city of Marawi.

The U.S. has transferred about $150 million in military aid to the Philippines since 2007.