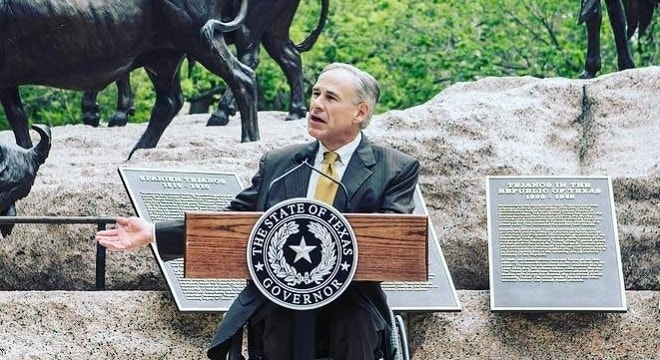 Gov. Abbott said, “if I am going to call a special session, I intend to make it count,” but did not address pleas from Second Amendment advocates to add constitutional carry to his agenda this week. (Photo: Gov. Abbott’s office)

Gov. Greg Abbott is calling Lone Star State lawmakers back to work, but gun carry reform did not make his list of 20 action items to focus on.

While a few pro-gun bills passed the legislature earlier this year, two proposals in the Texas House that would have brought permitless carry to the state were left to stagnate, prompting gun rights groups to call on Abbott to convene a special session. The first-term Republican did pull legislators back in session late Tuesday but his marching orders covering everything from a pay increase for teachers to cracking down on mail-in ballot fraud left out any mention of constitutional carry.

State Rep. Jonathan Stickland, the author of HB 375, one of the bills left in committee, vowed Tuesday that he would be “filing constitutional carry on day 1 of the special session,” but is it unclear how much traction it will achieve without being on Abbott’s agenda. His measure, a repeat of a proposal filed in 2014, would allow all adults otherwise lawfully able to possess a handgun under federal and Texas laws to carry one without a permit or training.

Open Carry Texas, who along with Lone Star Gun Rights and others had backed a push to convene the session, noted the conspicuous absence of the carry measure from the session’s marching orders from Abbott.

Derek Wills, with Lone Star Gun Rights, told Guns.com if Abbott was as pro-gun as he says he is, permitless carry legislation would have been in his agenda.

“Maybe Gov. Abbott is not nearly the Second Amendment champion that he claims to be. He took pride in signing SB16, claiming it to be a huge victory for gun rights, but when given the chance to include constitutional carry in his proclamation for a special session, he didn’t.”

The session will begin on July 18. If Stickland and his supporters cannot move the needle on constitutional carry, the subject will be moot until the 86th Texas legislature convenes in 2019.