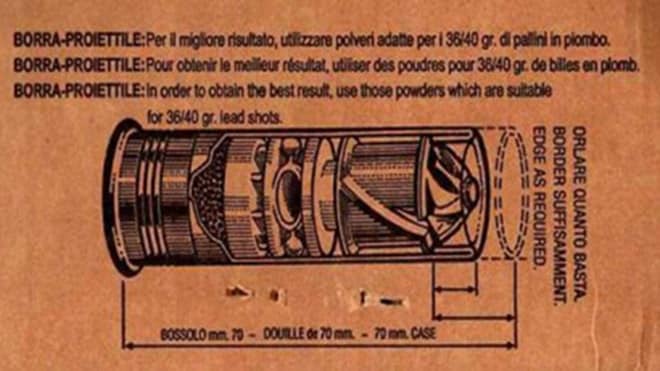 During my last few articles, I’ve chronicled fairly comprehensive tests of 12 gauge slugs available to handloaders: a home cast, one ounce foster style slug cast from a mold made by Lee, and the one ounce AQ slug. While both slugs punched a nice bid hole in my ballistic test material, accuracy was sub-par at 50 yards, even by the standards of a smoothbore shotgun.

The Lee slugs patterned rather than grouped while the AQs strung into what was essentially a seven inch long diagonal line. I was beginning to worry that buckshot style patterns and lengthy vertical strings were the best I was going to be able to achieve from handloaded slugs. It turns out that the third time was the charm as I revisited a slug I had first experimented with many years ago when I first took up handloading shotgun slugs: the DGS or dangerous game slug.

DGS slugs are manufactured by Gualandi of Italy. They are very easy to handload. (Photo: Jason Wimbiscus)

DGS slugs are manufactured by Gualandi of Italy and distributed in the US by Ballistic Products Inc. The slugs are offered in 12 gauge (1-1/8 ounce and 1-3/8 ounce,) 16 gauge (1 ounce), and 20 gauge (7/8 ounce) and consist of a mean-looking lead projectile affixed to a plastic spacer wad and gas seal. DGS slugs are suitable for use in both rifled and smooth bore guns.

The one piece nature of the DGS slug makes it one of the simplest shotshell projectiles to load. Simply charge a primed hull with an appropriate amount of powder, insert the slug into the hull, and crimp the whole thing closed. In order to ensure a good crimp, the slug must be forced onto the powder with considerable pressure. I used a muzzleloading ball starter to accomplish this task, but a length of 5/8 inch dowel would work just as well.  Failing to apply enough pressure to the slug while loading may either make crimping impossible, or allow the slug’s plastic wad to decompress over time, which will undo the crimp. Slugs that have jumped crimp can still be fired by loading them one at a time into the gun’s chamber.  They should not be loaded into a tubular magazine as the pointy tip of a protruding DGS could theoretically strike the primer of another cartridge resulting in a magazine chain fire. 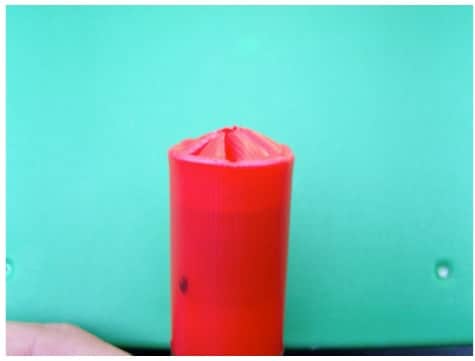 If the DGS slug is not compressed enough, it will pop the crimp. Such shells should not be loaded into a tubular magazine. (Photo: Jason Wimbiscus)

I first tried loading the 12 gauge 1-1/8 ounce slugs two years ago as part of my first foray into the world of slug loading. Those loads consisted of the slugs atop a moderate charge of Alliant Herco, all inside a common Winchester AA trap hull.

Using the scoped, rifled barreled Mossberg 835 I had at the time of this first test, results were less than spectacular. At 50 yards, a three shot group was 4.5 inches at its widest point. I consider such a group mediocre for a rifled shotgun, and I was sure I could do better. 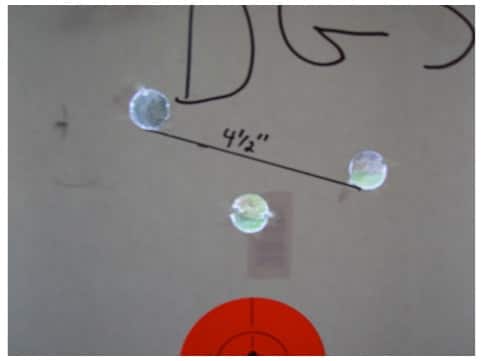 The above group was fired from a Mossberg 835 with a fully rifled deer barrel wearing a red dot sight. The author was underwhelmed by the results. (Photo: Jason Wimbiscus)

Recently, I purchased another package of 1-1/8 ounce DGS slugs and gave loading them a second try. This time, I loaded the slugs into a 2-3/4 inch Multi-Hull over a charge of Alliant Unique. I finished off each shotshell with an eight point fold crimp. The estimated velocity of the load was 1500 f/s. 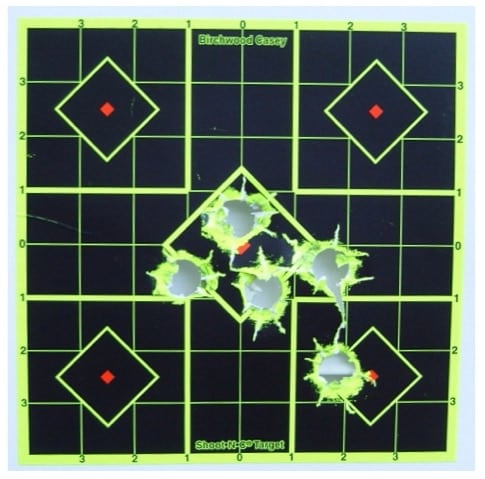 The above group was the result of an improved load using Unique and Cheddite Multi-Hulls. The flyer at the lower right of the group kept perfection just out of reach. (Photo: Jason Wimbiscus)

As it turned out, the above load was the magic combination of components that yielded thoroughly unexpected accuracy. The five shot, 50 yard group I fired from my smoothbore, Benelli Nova with ghost ring sights was just smaller than 4.5 inches. Had it not been for a single flier (likely my fault rather than the fault of the gun or the load) the group would have been just over three inches at its widest point. The smoothbore results were superior to the rifled barrel results. Such accomplishments are what make handloading feel worthwhile.

The terminal performance results of the DGS in gelatin. In addition to 20 inches of gel, the slug defeated a layer of heavy rib bone and 3.5 inches of a wax backer block. (Photo: Jason Wimbiscus)

I did not conduct an updated terminal performance test of the DGS slug as I had already conducted such a test years ago using a setup that integrated a layer of moose rib bones into a block of 10 percent gelatin. The distance to the test block was approximately 10 feet. Admittedly, the test was unscientific as the gel block was not calibrated, but the results were still impressive. The slug cleared straight through the layer of bone, 19 inches of gel, and 3.5 inches of a wax block I was using as a backer.  The recovered slug was a bit mangled, but did not fragment or shed any weight. 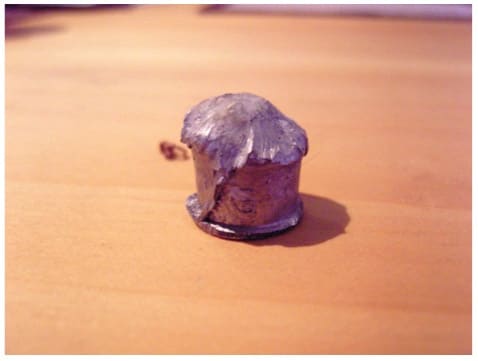 The recovered DGS. The slug was a bit mangled, but did not shed any weight. (Photo: Jason Wimbiscus)

The size of actual wound channel created by the slug was difficult to gauge since bone used in the test fragmented into numerous secondary projectiles that shredded a large amount of gel. I’m confident though that within its range limitations, any load incorporating the DGS slug would be effective on any North American game animal or attacker. Which is why I started this little experiment in the first place.