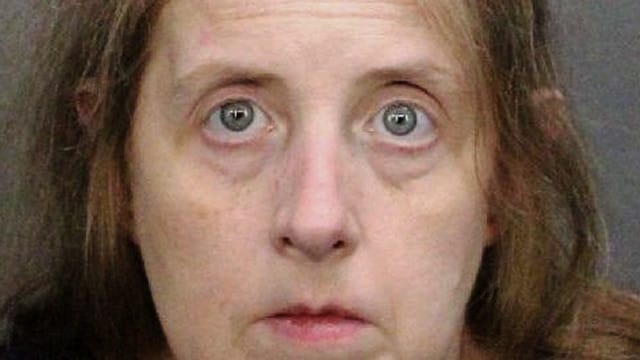 Lucy Richards pleaded guilty to sending an email to the slain boy’s father, writing “LOOK BEHIND YOU IT IS DEATH.” (Photo: Broward Sheriff’s Office)

A Florida woman who pleaded guilty to sending a death threat to the father of a child slain in the Sandy Hook shooting apologized Wednesday before a judge sentenced her to five months in federal prison.

Lucy Richards, 57, acknowledged that the 2012 massacre of 20 children and six staff members was not a hoax, something she’d previously claimed, according to the Sun-Sentinel.

“I don’t know where my head and my heart were that day when I made the calls but they were not in the right place,” said Richards.

According to court records, Richards called Lenny Pozner, the father of 6-year-old Noah, one of the children killed at the elementary school in Newtown, Connecticut.

She’s accused of leaving three threatening voicemails for Pozner. “You gonna die, death is coming to you real soon,” she said in one message.

In an email, she wrote, “LOOK BEHIND YOU IT IS DEATH.”

She was indicted on four counts of transmitting threats through interstate communications pleading guilty to one.

“Your words were cruel and insensitive,” Judge James Cohn said to Richards in court Wednesday. “Your words…have consequences. Words do matter. This is reality. There is no fiction [here] and there are no alternative facts.”

Richards, a former waitress who’s been on disability since 2004, told investigators she was angry and sent the death threats after reading the shooting was a hoax on conspiracy theory websites.

Judge Cohn banned Richards from viewing those websites and prohibited her from owning guns. He also ordered her to continue receiving mental health treatment.

In addition to the five months in prison, the judge sentenced her to five months of monitored house arrest and three years of supervised release. She’s been jailed since April 1, after she failed to show up for a hearing in March.