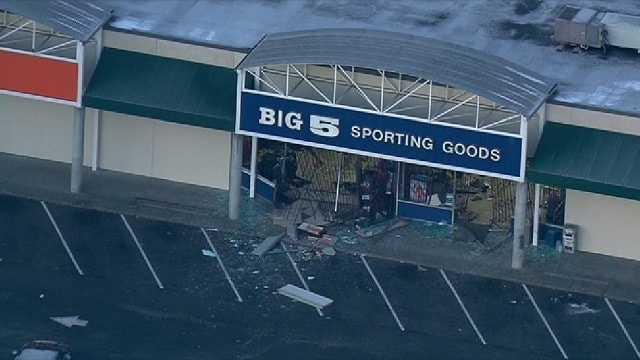 A career felon has been sentenced to 35 years in prison for charges related to the attempted burglary of a sporting goods store.

The charges were related to a 2014 incident in which Arntsen smashed a minivan into the front door of a Big 5 Sporting Goods store in Burien, Washington, south of Seattle. Arntsen crashed the minivan in an attempt to steal rifles from the store and was arrested by King County Sheriff SWAT members after a four-hour standoff with police.

Arntsen’s police record goes all the way back to 1984, as he was convicted of armed robbery at the age of 13. He also served 12 years on a 1994 manslaughter charge that had originally been a murder charge.

“ATF is committed to keeping our communities safe,” said Seattle Special Agent in Charge Darek Pleasants.  “ATF works shoulder to shoulder with our partners to determine fact, and present those facts to the most appropriate court of jurisdiction in our efforts to ensure justice is served.”

“Mr. Arntsen demonstrated himself to be a career criminal, using firearms as his tool of choice,” said Pleasants. “I am proud that ATF was able to contribute alongside our partners in Washington law enforcement to bring him to justice.”